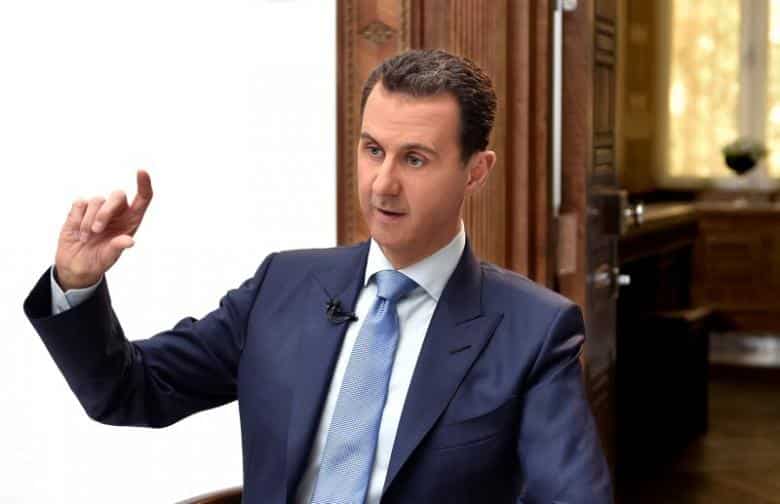 Syrian President Bashar al-Assad said on Sunday his country had foiled Western designs to topple him but his army had not yet won the fight to end Syria’s six-year-old insurgency.

In an televised address, Assad said that even though there were signs of victory after six-and-a-half years of civil war, the “battle continues, and where we go later and it becomes possible to talk about victory…that’s a different matter”.

He did not elaborate on that point.

However, he said the assistance extended by stalwart allies Russia, Iran and Lebanon’s Hezbollah movement had enabled the army to make battlefield gains and reduce the burden of war.

“Their direct support – politically, economically and militarily – has made possible bigger advances on the battlefield and reduced the losses and burdens of war,” Assad added.

Assad vowed to pursue an offensive in Syria’s vast deserts, where he is backed by Iranian-funded militias and heavy Russian air power that have allowed his troops to capture significant ground from Islamic State insurgents on several major fronts.

His government hopes to steal a march on U.S.-backed militias in the attack on Islamic State’s last major Syrian stronghold, the Deir al-Zor region that extends to the Iraqi border. The eastward thrust, unthinkable two years ago when Assad seemed in danger, has underlined his ever more confident position and the dilemma facing Western leaders who still want him to leave power in a negotiated transition.

“Our army is achieving one gain after another every day to eliminate terrorists…We will continue to attack terrorists until the last terrorist on Syrian land,” Assad said.

He said his country welcomed Russian-brokered local ceasefire deals that Moscow is seeking to extend elsewhere in Syria as these would end bloodshed and bring an end to the insurgency and pardoning of rebels who agree to lay down arms.

“The idea of these de-escalation zones is to stop the bloodletting … and the eviction of the armed groups handing over their weapons and the return of normalcy,” Assad said. “We have an interest in the success of this initiative.”

Russia has since last month deployed military police beside army checkpoints in southwest Syria and in Eastern Ghouta near Damascus to help ensure calm in deals it has worked out with Syrian rebel groups.

Negotiations are under way with mainstream armed groups and local councils to broker a truce in the besieged northern Homs countryside enclave, where rebels have sought the intervention of Moscow to get humanitarian aid to trapped civilians.

Rebel leaders are also calling for the release of thousands of detainees held in government security prisons.

Many mainstream rebel groups have been sceptical about Moscow’s ultimate aims in Syria and cast doubt on its readiness to put genuine pressure on Assad to abide by local truces.

They also worry that these ceasefire deals are a means for Assad’s army and its allies to redeploy in other areas to recover territory by using firepower freed by the truces.

Assad, whose government brands many of the Western backed Free Syrian Army (FSA) rebel groups that Moscow has reached truces with as “terrorists”, has said his army retained the right to continue to attack insurgents.

However, Assad has condemned U.S.-inspired “safe zones” which President Donald Trump earlier this year said he hoped to achieve with Russia, saying such a plan would only “give cover to terrorists”.