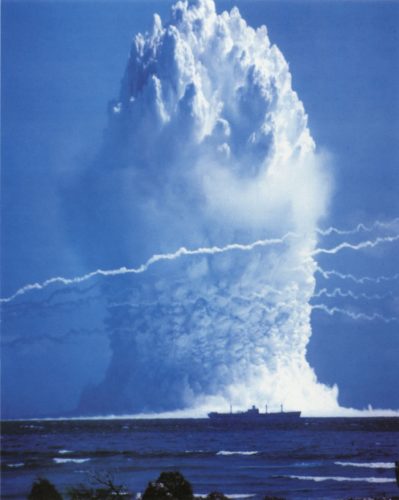 The government has struck a deal with the US for the installation of a seismic hydro-acoustic system that will monitor the wider region for underwater explosions, it emerged on Monday.

In a statement issued by the foreign ministry, the government said the system will be used as part of efforts to bolster the capabilities of the Comprehensive Nuclear Test Ban Treaty Organisation (Ctbto).

Cyprus will also “receive data from the system that will be used to monitor the seismic activity of the wider region to provide early warning in the event of earthquakes and tsunamis.”

The received data can be conveyed to the Ctbto as part of supporting and contributing to the realization of the objectives of the convention to which Cyprus is a party.

The foreign ministry statement followed a report in daily Phileleftheros, which, under the headline ‘Big brother at the bases,’ claimed that a system had been installed by the US in the sea area off the British bases to upgrade their communication systems.

The government said it has carried out all necessary actions to safeguard its sovereign rights and meet the obligations stemming from the Convention on the Law of the Sea and International Customary Law.

Hydroacoustic monitoring is one of four technologies used by the International Monitoring System to verify compliance with the Ctbto.

Nuclear explosions underwater, in the atmosphere near the ocean surface, or underground near a coastline, generate sound waves that can be detected by the hydro-acoustic monitoring network.

America First protesters face off with opponents in California

Cyprus top of EU states in citizenship by investment survey