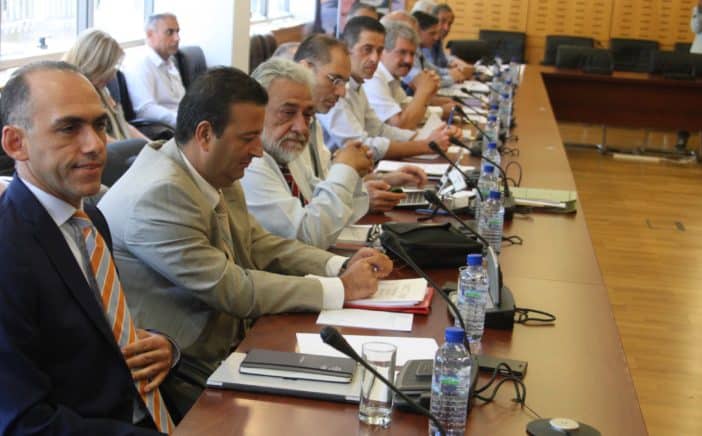 The state-owned Cyprus Cooperative Bank (CCB) will increase its capital via a planned share issue before the government hands over part of its stock to its customers, a central bank official said on Monday.

Yiangos Demetriou said the decision to proceed with the capital raise ahead of the stock donation was taken after a meeting of Central Bank of Cyprus governor Chrystalla Georghadji with Finance Minister Harris Georgiades after the central banker expressed reservations about the government’s plan in a June 7 letter to the minister.

Demetriou, who heads the supervision division of the central bank said, added that the CCB which the government bailed out with almost €1.7bn, should be allowed to implement its plans to reduce its non-performing loan stock, which accounts for 60 per cent of its loan portfolio, otherwise the lender may go out of business, the Cyprus News Agency reported.

The central banker was addressing lawmakers of the House watchdog committee in an extraordinary session on the CCB. It was also attended by Georgiades and other government and CCB officials, including state aid commissioner Theophanis Theophanous who disputed whether the government had a right to donate CCB stock without consulting his agency and auditor-general Odysseas Michaelides who questioned the provisions of the Altamira deal.

“We may reach a point where the involvement of (state aid) commissioner and the auditor general becomes pointless,” Demetriou was cited as saying.

The CCB, rocked by a decision of the financial ombudsman to return €111m to overcharged borrowers, is currently working on its stock exchange listing which will allow it to reduce the government’s holding of over 99 per cent, via successive share issues, to 25 per cent by 2020.

In July, the bank announced its plan to cooperate with Spain’s Altamira, a specialist in the management of non-performing loans, which prompted a backlash from opposition politicians who joined protesters outside the bank’s headquarters early this month against alleged plans to foreclose primary homes in Cyprus.

Central bank’s Demetriou said that the bank supervisor welcomes steps that lead to a reduction of non-performing loans and will review any matter of the agreement with the Spanish non-performing loan specialist concerning corporate governance.

Georgiades said in May that the government intended to donate 25 per cent of the bank’s stock to its depositors and borrowers.

Talking to reporters after the committee meeting, Georgiades said the requirement of attracting a strategic investor before the stock donation, did not cancel, substitute or delay the implementation of the government’s decision, CNA said.

The minister said the government decision was taken after securing a “written” approval from the European Commission’s Directorate General for Competition, which previously approved the bank’s bailout terms.
The minister’s reference to the approval obtained by the EU’s competition

watchdog prompted the reaction of the state aid commissioner who complained that the ministry ignored his agency both in the case of the CCB as well as in the privatisation of state-telecom Cyta, and the commercialisation of ports.

“This is the practice applied constantly by the ministry,” Theophanous said, adding that the government should clarify whether they want the state aid commission to exist as an institution or not. “It shows lack of respect to the institution”.

“I did not join to be a clown; I am a state official and demand respect,” he exclaimed and threatened to complain to the office of the attorney-general.

“If the Commissioner is upset, that is his problem,” Georgiades responded. “If he believes that there is a conflict with the European Commission’s terms, then he should ask the Commission. Of course, there is a written approval”.

He added that the government stands under no obligation to sell its CCB stock and under the bank’s bailout terms, it only has to reduce the percentage of its shareholding.

Auditor-general Michaelides, who repeatedly clashed with Georgiades in the past over the Co-op, said the government’s decision to donate CCB stock was unconstitutional and illegal, CNA reported.

Michaelides, who criticised the bank’s management for its deteriorating performance indicators and top management’s earnings, wondered how the bank can attract a strategic investor by donating 25 per cent of its stock with a value of €150m and pledged to review the terms of the agreement with Altamira.

The finance minister said that the government’s position is that the stock donation will ensure there will be a widespread ownership basis at home which is in no conflict with supervisory regulations governing the issue of shares, nor the EU Commission’s terms.

He added that the government also takes seriously into account a letter sent by Attorney-General Costas Clerides in which the latter raised issues which “can be addressed” and may delay the implementation of the decision of the government whose term expires in February next year. It is unknown whether President Nicos Anastasiades will seek re-election.

The CCB chairman, Takis Taoushanis, said that the reason behind the reduction of the bank’s value had to do with the merger of heterogenous independent saving banks which one day were asked to perform as a standard bank, the CNA reported.

US scales back Russian visa services after Putin embassy cuts

BOC to raise provisions by €0.5bn in H1, sees no need for fresh capital

Some voters taking photos of their votes