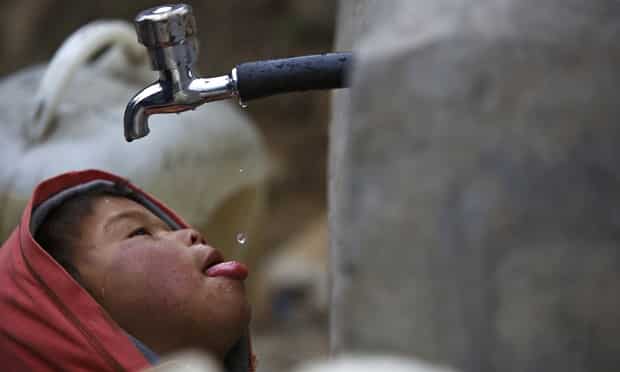 The world needs to use water more efficiently rather than exhausting invisible underground supplies and blindly exporting “virtual water” to avert a global crisis that would undermine food and energy systems, a leading expert warned.

More than one-third of humanity is water-stressed every year or season, while drought crises are on the rise from California to Ethiopia as the planet warms, said Fred Boltz, who leads The Rockefeller Foundation’s work on science and environment.

“We are really facing a global crisis,” he said, noting that demand is predicted to outstrip supply by 40 per cent by 2030.

More people are aware of the risks of pollution and the over-use of rivers and lakes, but many don’t know about the depletion of underground water, which is finite, he said.

“Because we don’t see it and we don’t measure it accurately, we’re not aware of the state of decline of groundwater resources,” he said. “Water is almost an invisible asset.”

The conservation expert said water is undervalued, wasted and being depleted too fast, having been traditionally regarded as a “free” human right.

“We need fundamental shifts in the way we manage water socially and economically,” Boltz told the Thomson Reuters Foundation this week at a Stockholm conference on using the planet’s resources sustainably.

One such shift would be to provide incentives for farmers, forest dwellers and others whose activities affect water downstream to manage it well and equitably, he said.

In water-stressed areas, crops can be irrigated more efficiently by delivering water precisely to plant roots through drip systems, cutting down on the amount required.

Global trade also masks water scarcity by failing to recognise the hidden value of “virtual water” in retail prices, he said, such as selling imported strawberries for similar prices to homegrown produce, he said.

However, attitudes are changing as thirsty cities suck up more water than their surroundings can provide, Boltz noted.

Having over-pumped its local supplies so much that land is sinking, Mexico City is working with The Rockefeller Foundation and the World Bank to redesign its water system, which sources one-third of its supplies from nearby river basins and valleys.

Boltz said water has been identified as an urgent issue in more than 90 per cent of cities in the 100 Resilient Cities network, funded by the foundation, that helps them deal with shocks and ongoing pressures.

Next week, researchers, decision makers and aid specialists will gather in Stockholm for the annual “World Water Week” where they will discuss how to reduce waste in water use.

Water scarcity and quality are gaining more attention since being included in the United Nation’s latest set of global goals due to be met by 2030 with targets for making water use more efficient and cutting the numbers going without.

“It’s certainly possible to make great gains … to chart a future in which sustainability can be achieved,” said Boltz of The Rockefeller Foundation, which partners with the Thomson Reuters Foundation on its coverage of resilience.

“But that has to be founded on an understanding of what are the vital underpinning resources that will enable that sustainability.”

Up to 14 people missing after Swiss landslide

Art and music never mixed so well before