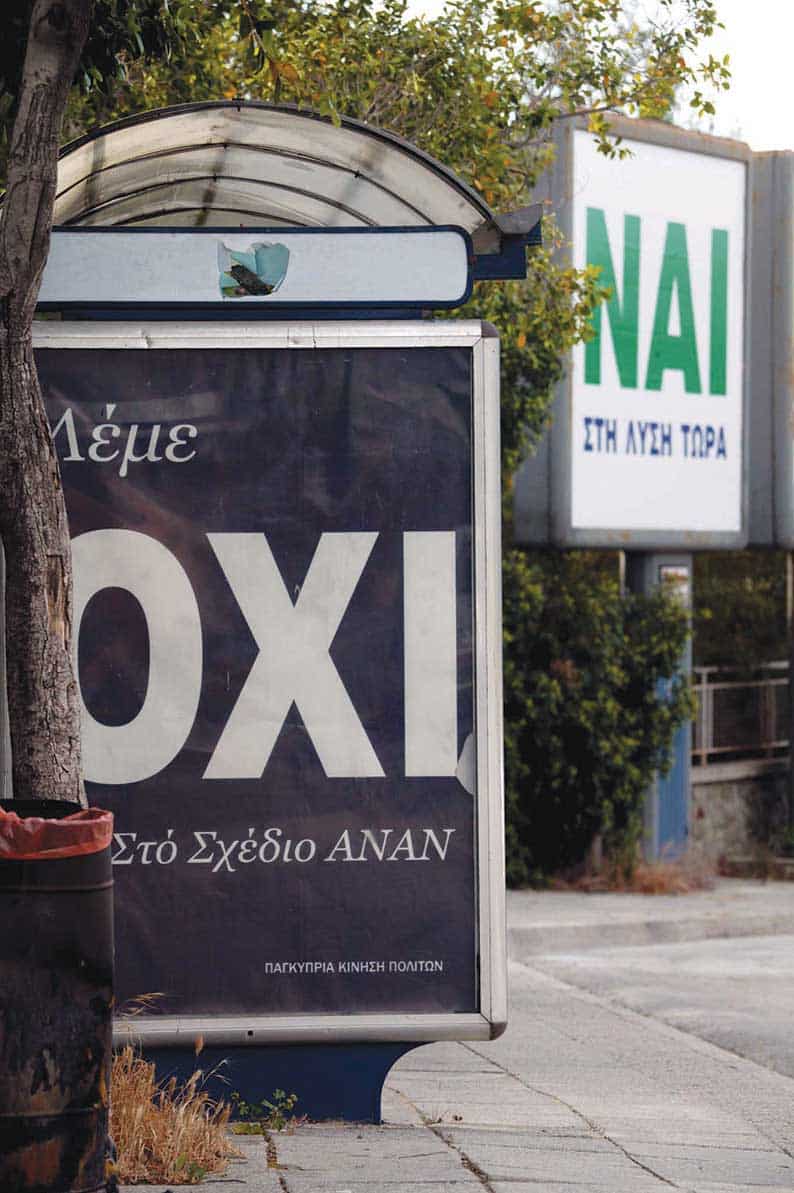 But if we compare the current situation and its countless inherent dangers with the Annan plan, then we can safely say that we would be in a much better position if we had accepted it. I think many will instinctively disagree with me, but this should not surprise anyone if we consider how much time, how many efforts, how much ink and how many presidential tears were used in the demonisation of the plan. In the creation of this climate, the illiberal, ignorant and oppressive involvement of the bishops played a major part. It suffices to recall the bishop of Kyrenia who said that anyone who voted ‘yes’ in the referendum would go to hell.

The Annan plan envisaged a bi-zonal, bi-communal federation (BBF), consisting of two equal constituent states, one Greek Cypriot and one Turkish Cypriot, each with its own flag, constitution, parliament and national anthems as is the case with all federal states. For political equality to be safeguarded, neither of the two constituent states would be able to unilaterally amend the constitution of the United Cyprus Republic which would have single sovereignty and one international personality.

The full demilitarisation of the island was set as the last aim, after a transitional period. It envisaged that Greece and Turkey would have kept up to 6,000 troops each until 2011, and the number would have been reduced to 3,000 by 2018. After 2018, there would have been a maximum of 950 Greek and 600 Turkish soldiers with the number subject to review every three years, meaning there was the prospect of zero troops. I am saddened to think that if we had accepted the Annan plan, in a few months’ time there would be no occupation troops, apart from the 650 soldiers making up the Turkish contingent Turdyk. Now we have 40,000 troops, in offensive formation, indefinitely.

The Turkish Cypriots would have held 28.5 per cent of territory and would have returned Morphou, Famagusta and 82 villages, while the Karpas would have enjoyed self-rule to a large extent. The way things have shaped up since Crans-Montana, Morphou will never be returned while the so-called ‘TRNC’ control 37 per cent of territory. There could be no worse solution on the issue of territory than the status quo. The same applies to the issue of property. Who will compensate the refugees? When? And how?

I do not think there were major reservations regarding the legislative authority. The federal parliaments would consist of a senate (24 members from each community) and house of representatives (representation would be in line with population proportions). Objections were expressed about the executive authority, which would be exercised by a presidential council made up of six members with the right to vote (four Greek Cypriots and two Turkish Cypriots), while the remaining members would have no voting rights. Executive power would be exercised by the council rather than by the president and vice president. An advantage of the Annan plan was that the members of the presidential council would have been elected by the senate, and this would have encouraged alliances between Greek Cypriots and Turkish Cypriots.

Decisions would have been taken unanimously or by majority, although there was a minimum requirement of one positive vote from each constituent state. The president and vice president would always have been from different states and would alternate every 20 months with a 2 to 1 ratio in favour of Greek Cypriots. Taking into account the fact that the executive powers of the president would have been significantly reduced, rotating presidency should not have been considered an issue of major importance. On the contrary, one could claim that it was a unifying element.

The critics of the Annan plan continuously referred to the Turkish guarantees and the unilateral right of intervention which became the main stumbling blocks at Crans-Montana. But do these not exist under the status quo? The only way to escape from these guarantees is through the peaceful co-existence with our Turkish Cypriot compatriots for a period of time. It would be extremely naïve to believe that if there was violence and bi-communal clashes, Turkey would not intervene if she was not a guarantor power. If, instead a settlement was considered fair on both sides, it would foster trust between the two communities to such a degree that guarantees rights would become a dead letter. There are dead letters in many constitutions.

There is a category of referendums whose results are tragic for the electorate. For example, in the 1920 referendum in Greece the people voted for the return of the pro-German King Constantine I, thus pushing the countries of the entente to back Kemal Ataturk in the Greco-Turkish war, the result being the Asia Minor disaster. I am inclined to include the referendum on the Annan plan in this category.

A layman’s guide to the Treaty of Guarantee