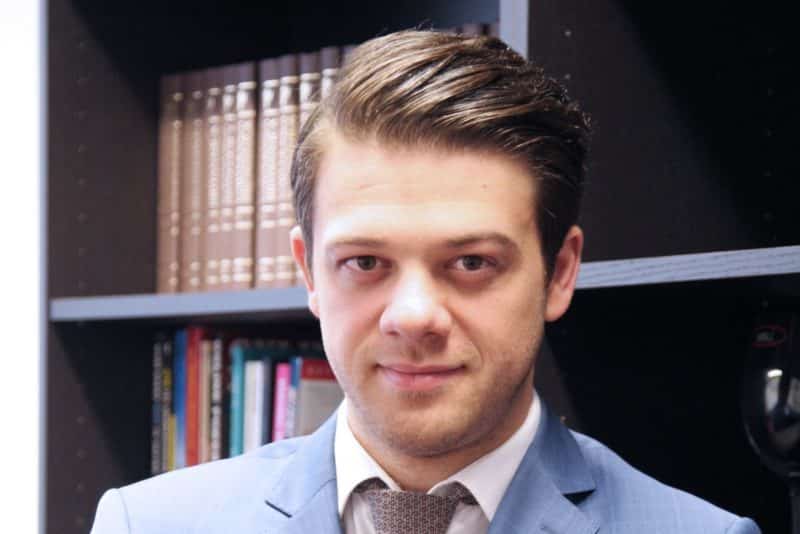 APS Holdings aims at reducing the ratio of Hellenic Bank’s delinquent portfolio to a quarter of current levels possibly in the medium-term, and sees “opportunities” in the recovering real estate sector even as the current legislative framework to reduce bad loans requires improvement, a director said.

“Reducing the non-performing loan ratios below 15 per cent is a medium to long term target,” said Victor Angelescu, who oversaw the development of the Prague-based company’s operations in Central and Southeast European countries. “What we see now are accumulated debts enhanced by the deep crisis in 2013”.

“The current situation is ideal to take courageous steps,” said Angelescu, who operated in the area of debt collection for over ten years. He cited Cyprus’s growing economy, the subsequent drop in unemployment figures as well as the Cypriot population’s income and education levels.

APS entered a deal with Hellenic Bank, Cyprus’s third largest lender which last year posted an after tax loss of €62.7m, in January over the management of the bank’s non-performing loan portfolio of roughly €2.5bn – or 57 per cent of its total loans – and real estate assets. APS paid Hellenic Bank €20.6m for its stake in the joint company, APS Debt Servicing Cyprus Ltd, which launched its operations in July.

The Cypriot economy which expanded 2.8 per cent last year, is projected to grow 2.9 per cent this year. Already in the first two quarters of 2017, growth accelerated to 3.5 per cent aided by a bonanza in tourist arrivals. Economic recovery also helped stabilise the real estate market with property prices also continuing to rise tentatively in the first quarter.

Still, the high stock of non-performing loans in the banking system, accounting for almost half of the banks’ loan portfolio, is considered a threat to recovery and a major risk for the balance sheet of Cypriot lenders.

The announcement of the agreement which provided for the transfer of Hellenic Bank staff to the new unit under terms of employment, owned by APS and the Cypriot lender to 51 per cent and 49 per cent respectively, prompted bank workers’ union Etyk to strike.

They demanded, and received, more assurances, which included a commitment by the bank to hire back all affected workers after APS debt recovery operations phase out, or two years after the agreement came into force.

“We see a great potential in the cooperation with Hellenic Bank,” Angelescu continued. “For that reason, APS has invested significant effort, know-how and capital into the joint venture”.

Angelescu acknowledged that it will not be a simple task for the joint ventured to reduce Hellenic’s bad loans.

“For any bank situated in a post-crisis economy burdened with almost 60 per cent of non-performing loans is hard to decrease the volume of the distressed debts at a fast pace,” he said. “Our advantage is the narrow specialisation in distressed debt portfolios management. We also have experience from different countries with the various level of the economic development and cycle and we have robust international infrastructure and expertise based on more than half million cases from both, corporate and retail segments”.

“Nevertheless, APS is one of the biggest non-performing loans servicers in Europe and recovery is our bread and butter, compared to a bank, where by definition they are more interested in granting loans rather than recoveries,” the APS director continued.

APS, established by Slavia Capital a.s. in 2004, the year Cyprus, the Czech Republic and eight other countries joined the European Union, and the following year expanded its operations to Serbia and Slovakia, also operates in Bulgaria, Croatia, Greece, Hungary, Montenegro, Poland, Romania, where Angelescu studied law, and Vietnam. According to the company’s website, it currently manages €5.3bn in assets.

“Foreclosures and insolvency are the last steps in the solution of distressed debts,” Angelescu said. He was referring to Cyprus’s legal framework, modernised as part of Cyprus’s adjustment programme and considered by the Central Bank of Cyprus, which supervises the banking sector, as inadequate. “We prefer cooperation with the debtors such as the restructuring of companies and new payment schedules for individuals”.

The APS executive said that the company expects “more changes to come in order to have a smoother process for both debtor and creditor”.

Members of the House of Representatives “are aware that the non-performing loan burden slows down the whole economy,” Angelescu continued. “I believe that the effort solving the distressed debt situation will continue in the following years”.

Following the agreement with Etyk, known for its aggressive rhetoric, “the initial constraints are behind us,” he said.

“Our intention is to have a partnership with the union but also by every single employee,” Angelescu said. “Our corporate culture emphasises respect, professional work, and personal responsibility. Together, we have a great opportunity and responsibility to shape the non-performing loan environment”.
“I believe the unique opportunity motivates all of us,” the APS executive said. “We are also working on widening of the operations. We are looking for new colleagues helping us to build successful and efficient recovery platform”.