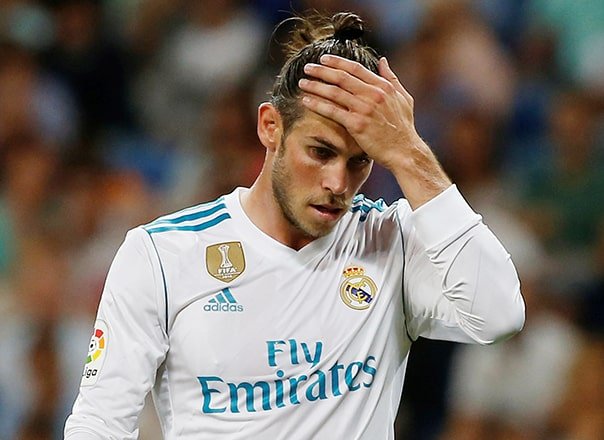 Change happens in the blink of an eye at Real Madrid and time may be running out for Gareth Bale.

The Welsh forward netted the team’s first goal of the league season against Deportivo La Coruna as the European champions put in a commanding performance to win 3-0 on the opening weekend.

Seven days later, however, Bale was whistled off by fans at the Santiago Bernabeu after Zinedine Zidane substituted Madrid’s record signing against Valencia with the scores level at 1-1 as they chased a winner in the final 15 minutes.

The supporters were frustrated at Bale’s limp display in which he missed a clear chance when he headed the ball into the ground and over the bar as Los Blancos failed to turn their superiority into goals and drew 2-2.

Bale, who apart his strike against Deportivo, has offered little in the league or either of Madrid’s Super Cup wins, has been singled out for criticism by fans and media alike.

Zidane is renowned for his man management and avoided putting pressure or blame on Bale.

“He is an important player in this squad,” Zidane told reporters. “Gareth is Gareth. We will keep working, and keep counting on Gareth, like all the others. That’s all.”

However, it is difficult not to look past the French coach’s words and Madrid-based newspaper Marca published a column on Monday headlined “Five days to sell Bale”.

Bale has always insisted he wants to stay at Madrid, happy to finally take part in a pre-season campaign, something he has been denied in previous years due to injury.

However, if Madrid take action, he may not be afforded much say in the matter. Premier League clubs would jump at the chance to bring him back to England and with Asensio demonstrating his quality, Bale is no longer essential at the Bernabeu.

He helped Real win their first league title in five years last season, as well as three Champions League crowns since joining them in 2013, a strong trophy haul which would ensure he could depart with his head held high.