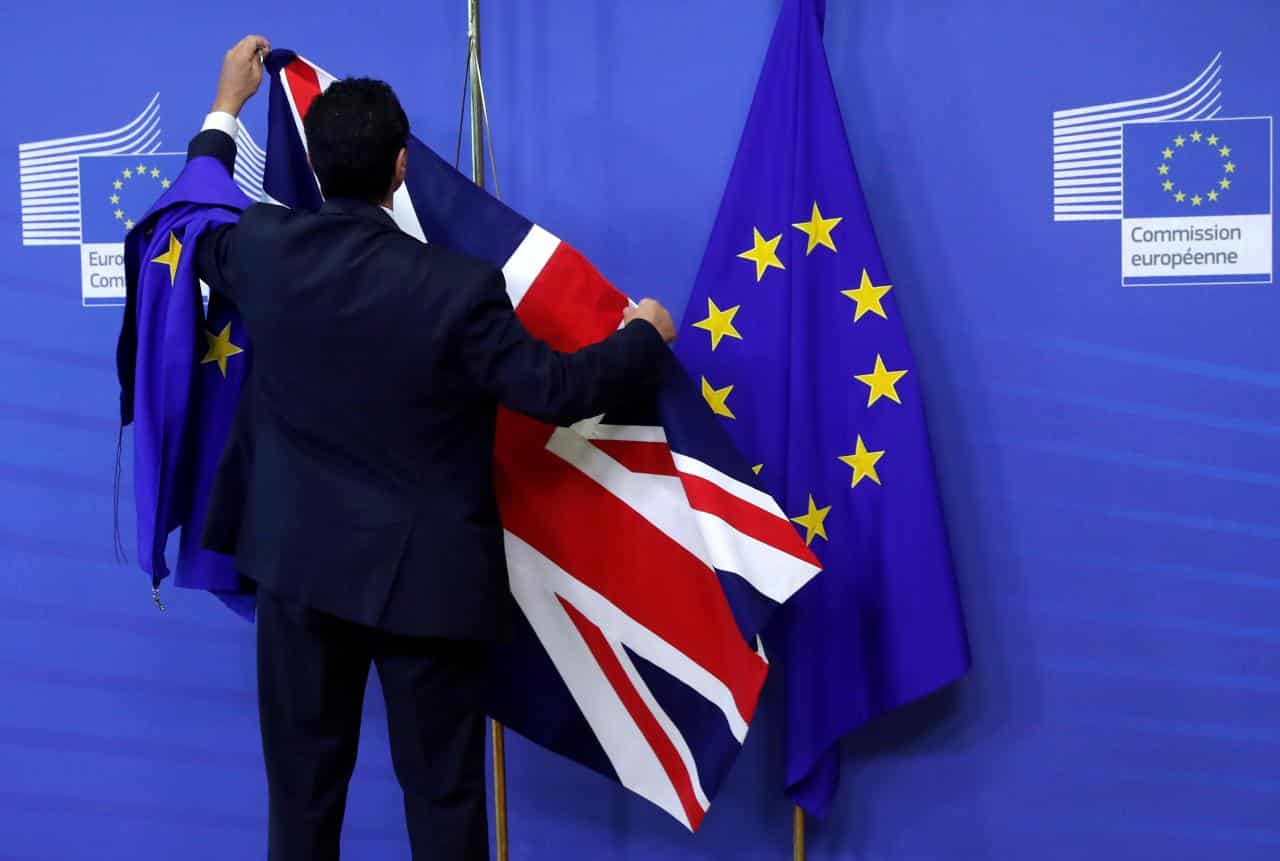 British officials arrive in Brussels on Monday hoping to push the EU towards talks about post-Brexit ties, which the bloc refuses to launch until there is a deal on London’s exit bill and other “divorce” questions.

The third round of Brexit talks comes more than a year after Britons voted in a referendum to leave the European Union.

The chief Brexit negotiators, the EU’s Michel Barnier and Britain’s David Davis, will meet at 1500 GMT. More technical talks on Tuesday and Wednesday will tackle expatriate rights, the divorce bill and “other separation issues”.

Senior officials will also discuss the problem of the future border between EU state Ireland and the United Kingdom’s Northern Ireland.

“Citizens’ rights, Ireland and financial settlement are priorities before talks about the future,” the European Parliament’s Brexit pointman, Guy Verhofstadt, said after meeting Barnier on Monday.

Britain will present in detail papers on issues ranging from customs arrangements to data sharing. They often venture out into the future relationship between London and the EU.

Britain will be urging the bloc to show “imagination” and talk about future ties rather than just the divorce settlement.

Britain’s opposition Labour Party said on Sunday it would stay in the European single market and customs union for a transitional period after Brexit, offering a clear alternative to the policies of Prime Minister Theresa May.

Her senior ministers rule out any such option. But the government policy papers released last week show Britain would often seek to replicate closely existing arrangements with the EU.

The British and German chambers of commerce together urged negotiators on Monday to start talks about future trading relations, and particularly customs arrangments, swiftly.

But the bloc wants to settle the chief separation aspects first.

It has signalled that the slow progress so far means the goal of starting talks about a new accord with Britain in October is now less likely to be achieved.

“Both the UK and the EU have an interest to move forward quickly in negotiations and that requires us to make sufficient progress on citizens’ rights, on the financial settlement on Ireland,” said a senior EU official involved in the talks.

“The divorce issues should be relatively straightforward to sort out. So it is not a matter of time needed in terms of the technical complexity, it is a matter of political will.”

While there is some convergence on safeguarding the rights of EU citizens residing in Britain and Britons living on the continent, more technical work is needed, EU sources say.

The EU and Britain seem to be far apart on agreeing how much London should pay the bloc on departure to account for previous commitments.

The Irish issue is extremely delicate because of the political violence of recent decades and the complex economic consequences of Brexit.

Ireland said on Monday much of the future border arrangements between Northern Ireland and Ireland could be solved before Brexit talks enter the next phase.

Barnier indicated on Monday he wanted the EU and Britain to remain allies in combating terrorism, cyberattacks and information wars.

“The fact remains that the Union of 27 and the United Kingdom will have to join forces to stand up to common threats: the security of our citizens cannot be haggled over,” Barnier wrote in the French daily le Monde.

Neither side expects a major leap forward this week in talks aimed at unravelling more than 40 years of union.

Neither seems yet ready to make a major concession, as suggested by the fact that Davis will return to London almost immediately after sitting down with Barnier.

But both Britain and the EU stress that time is scarce. The talks should conclude well before the provisional Brexit date of March 2019 to leave time for approval of any deal by Britain, EU states and the bloc’s parliament.

September brings music and beer to the capital