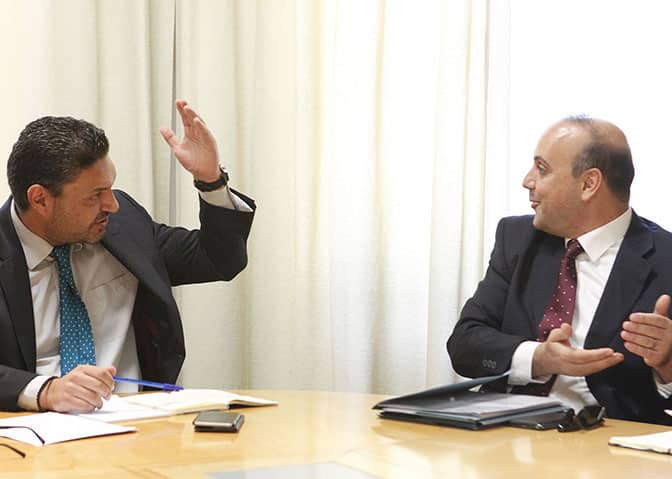 He said the scams include the granting of the use of state land to individuals on a preferential basis.

The outspoken mayor, who has often clashed with the mainstream political establishment over hot-potato issues, said last week that the government’s policy of handing out properties left behind by Turkish Cypriots fleeing intercommunal violence in the 1960s and heading north following the invasion to displaced Greek Cypriots has been widely abused. A large chunk of properties, he said, had ended up in the hands of non-refugees with the right political connections.

He added that, although a string of Interior ministers – by law assigned the task of overseeing the allocation of Turkish Cypriot properties to refugees – were aware of glaring instances of abuse, political expediency allowed for little to be done to remedy the situation.

The police have launched an investigation after Phedonos took his claims to the police on Friday. Former interior minister Socratis Hasikos, who criticised the mayor for being a publicity seeker over the weekend, continued his attack on Monday, saying Phedonos was helping no one but himself with his very public crusade.

Admitting that in the early years following 1974 the allocation of Turkish Cypriot properties fell just shy of a free-for-all, where the game had been “whoever grabbed one first”, Hasikos said much had been done during his tenure which ended earlier this year.

“But these things need to be done with care,” he said.

“If someone got a property irregularly but sunk €0.5 million in improving it, can you just kick them out? What happens to their expenditure? These instances are looked at on an individual basis.”

Hasikos said Phedonos should have gone straight to the present interior minister, Constantinos Petrides, since the law on managing Turkish Cypriot properties allows for much swifter action than a police investigation, to be followed by legal review by the attorney-general’s office.

Phedonos did meet with Petrides on Monday who announced that he would hold a news conference on Friday to inform the public of developments in the issue of Turkish Cypriot properties.

Insisting on the veracity of his claims, Phedonos came out on Monday with guns blazing again, saying that, in addition to the mismanagement of Turkish Cypriot properties, state land had also been allocated for use to the top brass of agricultural unions, who then applied and got hefty state subsidies for farming the land.

Phedonos named the chief of farmers’ union Panagrotikos, Kyriacos Kailas, as receiving annual subsidies of up to €200,000 for cultivating such land, and claimed the farmers’ boss had called him to complain about his public remarks.

Kailas denied any wrongdoing and threatened Phedonos with legal action, though he admitted to having called the Paphos mayor to “express support for combating the mismanagement of Turkish Cypriot properties and inform him on the workings of state farming subsidies”.

“If even €1 is found undeclared or illegal, I am ready to take the punishment or even resign Panagrotikos. There is nothing illegal going on.”

The uproar caused by Phedonos’ claims prompted the House Interior committee to invite the refugees and watchdog committees, as well as Petrides, for a joint discussion of the issue in parliament.

“I have been authorised by the interior committee to coordinate with the refugees committee, which has discussed this issue in the past, and the watchdog committee, which will look into these allegations, to set up discussion in the coming weeks,” said chairwoman Eleni Mavrou, herself a former interior minister.