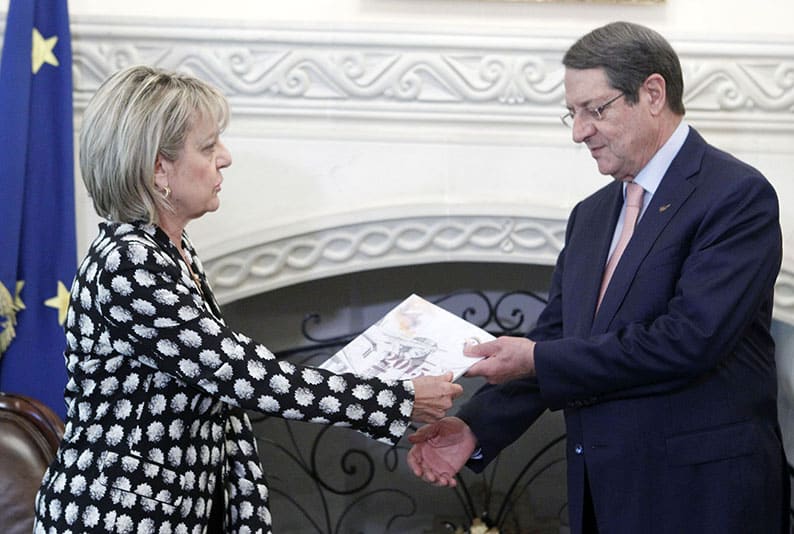 The child of a Greek Cypriot mother and a Turkish father has not yet been issued a passport, even though the child was born in Cyprus, its parents are married and the family live in the Larnaca region.

A letter Child Commissioner Leda Koursoumba sent on behalf of the parents to Interior Minister Constantinos Petrides has not yet received a reply, the office of the child commissioner confirmed on Monday.

Koursoumba sent the letter to the minister on August 11, asking him to intervene as the child is a citizen of the Republic.

The amount of time it has taken so far to get the document was unacceptable she said.

The child’s parents, who have been married for three years, reportedly applied for the passport for their four-month-old baby more than three months ago ahead of a planned visit to the baby’s grandparents in Turkey, but their request has not been processed due to the father’s nationality.

The mother told daily Politics that all her attempts to get the passport have been in vain and she was treated badly by officials. The parents have approached various responsible government departments both in Larnaca and in Nicosia.

They were told that the child’s birth certificate was not valid as the child’s father is considered a resident of Turkey. His residence permit for Cyprus expires in November 2018.

Also on Monday, the Koursoumba delivered the commission’s the annual report for 2015 to President Nicos Anastasiades.

She told the president that there had been steady progress in raising awareness for children’s rights, but that the government should not be complacent.

“The rights of the child, both as a concept and as an act, are slowly and steadily penetrating our everyday lives, our interpersonal transactions and public debate. The contribution of the media and the people working in the field are essential to this development,” she said.

The report, she added, highlights examples of where children’s rights have been violated, especially those most vulnerable such as unaccompanied migrants who are minors. Significant problems in the area of education are also identified in the report.

She said that positive steps included the modernisation of legislation which protects children in 2014 and 2015, and a strategy to align Cypriot policies and procedures with the United Nations Convention on the Rights of the Child.

Anastasiades assured Koursoumba that the state would continue its efforts to protect children’s rights and expressed the government’s satisfaction with the work done by the commissioner’s office.