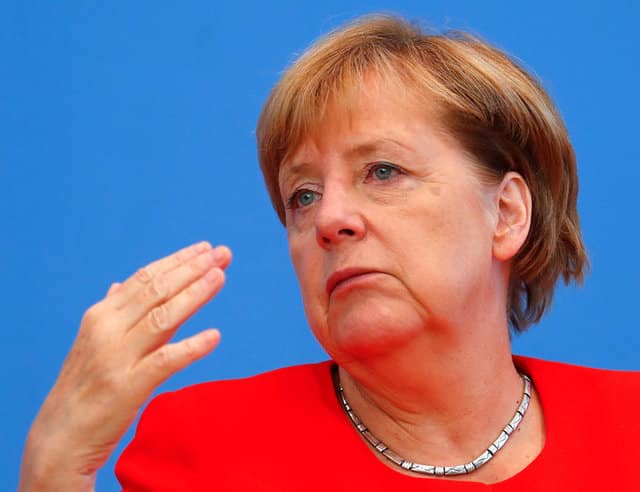 The European Commission, involved in a row with EU-member Poland over judicial reforms it says are a threat to the rule of law, on Tuesday defended its right to take legal action over the proposed changes.

In Berlin, Chancellor Angela Merkel said she took the Commission’s criticism of Poland “very seriously” and would discuss the issue with European Commission President Jean-Claude Juncker on Wednesday.

The comments from the EU executive arm, the latest round in the dispute between Brussel and Warsaw, came after the Polish foreign ministry said on Monday that the legislative process overhauling its judiciary was in line with European standards. It called the Commission’s concerns groundless.

“We have received the reply from the Polish government. We will now study it carefully. Regarding the point that we have no competence in this sphere, this is something that we would actually quite powerfully refute,” a Commission spokeswoman said.

The Commission said in July that it would launch legal action against Poland over reforms that gave the justice minister the right to fire judges — a power that undermines the independence of the courts and violates EU rules.

“When there are clear indications of a systemic threat to the rule of law in a member state the Commission can initiate a dialogue with that member state under the rule of law framework. This is precisely what we have been doing with the Polish government over the past year,” the spokeswoman said.

In another sign of defiance against the EU, the nationalist and eurosceptic Polish government of the Law and Justice party has also ignored an order by the EU’s highest court to cease logging in the Bialowieza forest.

The court will convene on September 11 to decide how to react to Warsaw’s failure to honour the injunction.

“This (proposed reforms) is a serious issue because the requirements for cooperation within the European Union are the principles of the rule of law. I take what the Commission says on this very seriously,” Merkel told a news conference in Berlin on Tuesday.

“We cannot simply hold our tongues and not say anything for the sake of peace and quiet,” she said.

If the Commission decides that its recommendations, the first of which were issued at the start of 2016, are not being taken seriously, it can move to suspend Poland’s voting rights in the EU.

While the unprecedented process itself would be a major embarrassment for the Polish government, suspending Poland’s voting rights would be difficult to achieve because Hungary has said it would back Warsaw. Such a suspension requires unanimity among the other EU governments.

Teenage offenders to be given alternative to court