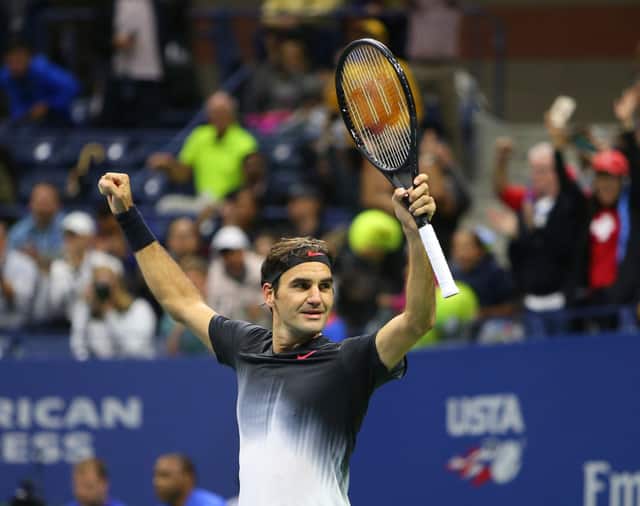 World number three Roger Federer survived a first-round scare from Frances Tiafoe before grinding out a 4-6 6-2 6-1 1-6 6-4 victory over the American teenager in front of a raucous crowd at the U.S. Open on Tuesday.

Federer looked more relieved than overjoyed when Tiafoe’s forehand found the net on match point to keep his hopes of a 20th grand slam title alive.

“We had a good fight,” Federer said in an on-court interview. “It was exciting and this is why I came to New York, to go through these emotions,” he said with a laugh.

The 19-year-old Tiafoe broke Federer in the first game of the match and bellowed out a loud “Come on!” when his forehand winner found the line to capture the opening set.

Federer, who has won this year’s Australian Open and Wimbledon since taking a six-month break last year, soon found his groove once he broke Tiafoe to take a 3-1 lead in the second set and reeled off nine of the next 10 games.

However, his poor form returned in a 23-minute fourth set when his serve and the accuracy of his trusty one-handed backhand completely deserted him.

Federer said Tiafoe could go on to have a big career.

“He is a great player and has a bright future ahead of him,” he said of the 19-year-old.

Despite coming away with the win, the shaky performance raises questions about the health of the 36-year-old Swiss, who sat out the Cincinnati Masters earlier this month with back pain.

He acknowledged that he was worried about his back going into the match but said he felt “much, much better”.

“This win will give me a lot of confidence,” he said.

Due to rain, the speedy 2-hour and 35-minute five setter was played under the closed roof of Arthur Ashe Stadium, which amplified the volume of the rowdy crowd.