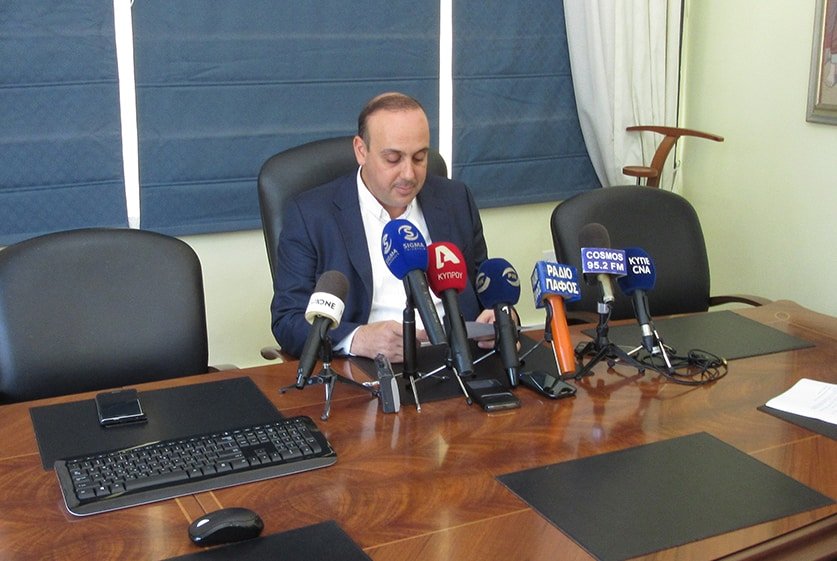 Unfazed by a slander suit filed against him, Paphos mayor Phedonas Phedonos launched a fresh attack against businessman Nicos Shacolas, accusing him of operating a department store in Paphos illegally.

Apart from receiving preferential treatment in being granted large parcels of Turkish Cypriot property, Phedonos accused Shacolas of using a building in Paphos as a department store when the permit only allowed for the operation of a supermarket.

The mayor published letters from the Paphos municipality which were sent to Ermes Department Stores Plc asking the company to abide by the law, threatening legal measures if it failed to comply.

“It is a shame one of the biggest retail companies in our country is operating blatantly illegally,” an August 10 letter to the company said.

Ermes has filed an appeal against the decision not to grant it a permit after it made additions to the building and changed its use.

The mayor’s fresh accusations came as the businessman announced on Wednesday that he had filed a lawsuit against Phedonos after he said Shacolas and his Limni Resorts and Golf Courses Plc was among those being in possession of Turkish Cypriot land without being eligible.

Speaking at a news conference on Wednesday, Phedonos said he was the one who ought to be complaining and not Shacolas.

“With their statement they are misleadingly seeking to show that they have been unfairly defamed by my supposedly populist statements, which aim at self-promotion and discourage progressive entrepreneurs,” the mayor said.

Phedonos said he wasn’t one to hide behind lawsuits “seeking to quash”.

The mayor said the law on Turkish Cypriot properties did not allow property to be given to non-refugees apart from exceptional cases and provided the public interest was served.

“Does Cyprus Limni Resorts and Golfcourses Plc think it is the government or a public utility or local authority? Maybe,” Phedonos said.

Since the war and the displacement of populations 43 years ago, all Turkish Cypriot property where the owner is not resident is administered by the state as guardian, collecting low rents, mainly from Greek Cypriot refugees who are deemed as eligible beneficiaries because they lost their own land from the Turkish occupation.

According to the company, its dealings with the guardian of Turkish Cypriot property was transparent and above board.

It said the attorney-general’s office considered the dealings to be lawful and the work to be beneficial and to serve the public interest.

Specifically, it said that in the proposal of the minister of the interior to the cabinet, dated October 14, 2009, according to the law, the guardian is allowed to take actions in certain cases in which degraded properties could be transformed to the benefit of the owner or in the public interest, and that in this case the exchange was legitimate.

“The rentals were uninhabited by refugees for over 38 years because they are almost entirely barren, rocky and non-cultivated,” the company said.

But according to Phedonos, there had not been a public call to refugees who could have been interested in the land. He went a step further saying that in one case “Turkish Cypriot arable land was taken from a woman refugee to be given to the company.”

He questioned the motives of the Turkish Cypriot property management service and wondered if the Shacolas Group or Shacolas personally had made contributions to parties.

Trump says ‘talking not the answer’ on North Korea

Man arrested in Paphos for speeding and drunk driving