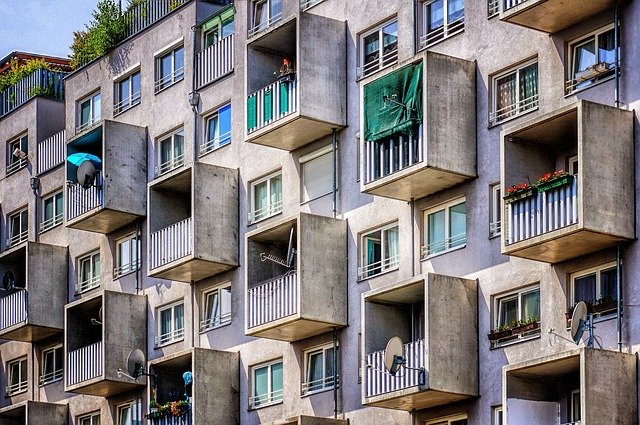 The connection between physical space and quality of life is clear – now cities, community groups and individual clients must realise that their best expenditure will be to create a real plan aimed at serving those in need with the help of architects and planners.

Understanding cities, how they work and why they don’t work, has become one of the most popular subjects in urban studies in recent years. Recently, London Mayor Sadiq Khan invited 50 planners, architects and urban professionals to advise his office on “good growth by design” – with a goal to “to deliver a city that is socially integrated, sustainable, healthier, safer, and with a world-class public realm.”

Making a connection between physical space and the most daunting challenges facing our societies is clearly a step in the right direction. It reminds us that cities are complex and that solutions must be just as dynamic. Our attention to cities also highlights the fact that humans are social creatures and the communities in which we live have an enormous impact on the quality of life that we may lead.

Some of the greatest problems facing cities today include issues of infrastructure, health, education, housing, employment, accessibility and global warming, among others. All have a connection with physical space.
So why are architects and city planners so often absent in any meaningful way from the conversation about how to solve urban problems?

Architects usually work when commissioned by a client. And, when budgets are tight, architects are, in some instances, considered an expendable luxury. Planners work for government agencies, development banks and other organisations that are somewhat separate from their direct constituents. The timeframe for planning is usually long term and almost never coincides with the election calendar. Infrastructure is often considered as the “technical hardware” of a city that needs only the technical expertise of engineers. The biggest challenge is to understand the connections between the physical, urban services and quality of life – and do this in a coordinated way.

Are there any alternatives to the status quo?

Architects who are proactive and devote part of their time and resources to social action include people such as Shigeru Ban, Anna Heringer or Diébédo Francis Kéré. Each of these architects identifies a need, proposes an action, seeks support and then undertakes construction of the project, often in non-traditional ways.

Ban, who is a Pritzker laureate, focuses on disaster relief and has said that people who are truly victims of a situation that had little to do with their making deserve immediate help. Heringer, who believes that meaningful employment is a goal of her architectural ideas, uses local labour and skills to create structures that can then be repeated or replicated and contribute to a local economy. Francis Kéré “gives back” to his village in Burkina Faso through designs for a school, library and teachers’ residence. He has credibility because of his ties to his hometown and the recognition of other professionals because of the quality, sustainability, and appropriateness of his designs.

Examples of architectural firms with a social purpose include Boston-based Mass Design, which undertakes 25 percent of its work pro-bono, and the Chilean firm, Elemental, headed by Alejandro Aravena, that describes itself as a “for profit, social action company.”

Both firms approach part of their production from a more traditional method of practice, but devote resources and seek commissions that allow them to realise their goals of social impact. Their track record and commitment has given them the credibility to have a strong voice and influence in both the architecture profession and potential clients.

There are a number of non-governmental organisations that support development for “the other 90 per cent.” Examples include Architects (or Planners) Without Borders or Article 25. Both organisations work internationally and count on the engagement of the local community to realise, embrace and maintain the facilities built by the organisation.

Finally, in the field of education, Rural Studio at Auburn University has a long track record of understanding and commitment to social responsibility in architecture and design. Founded in 1993, students are trained in design-build – or the idea that those who design a project also are responsible for its construction – and often work locally in three districts close to the school. The Rural Studio philosophy suggests that everyone – both rich and poor – deserves to reap the benefits of good design. Students work with communities to define solutions, fund-raise, design and, ultimately, build remarkable projects. The Studio continually questions what ought to be built, rather than what can be built, both for the performance and operation of the projects.

But are these models really having an impact in local communities?

These models should have a measurable impact beyond the specific project. Because architecture always has a political point of view. Architects and planners have much to contribute, especially when the agenda includes good design for the neediest or underserved. Why? Because architects are trained to approach complex situations, see connections and propose alternative scenarios for the future. I would also affirm that architects are, by training, optimistic, as they are encouraged to understand criticism, incorporate new ideas into their schemes and come back with more refined and better proposals.

My advice is two-fold: Architects and planners must become proactive, proposing new and novel solutions whose impact will be meaningful, continuing and sustainable. On the flip-side, administrative bodies, community groups and clients must realise that their best expenditure will be to create a real plan of action aimed at serving those in need with the creative input from architects and planners. Martha Thorne is Dean of IE School of Architecture and Design, one of five schools at an innovative, private university in Madrid and Segovia, Spain. She is also executive director of the Pritzker Architecture Prize, a position she has held since 2005. She has also served as a member of the jury for the international prize, ArcVision-Women and Architecture Award and on the board of the International Archive of Women in Architecture.