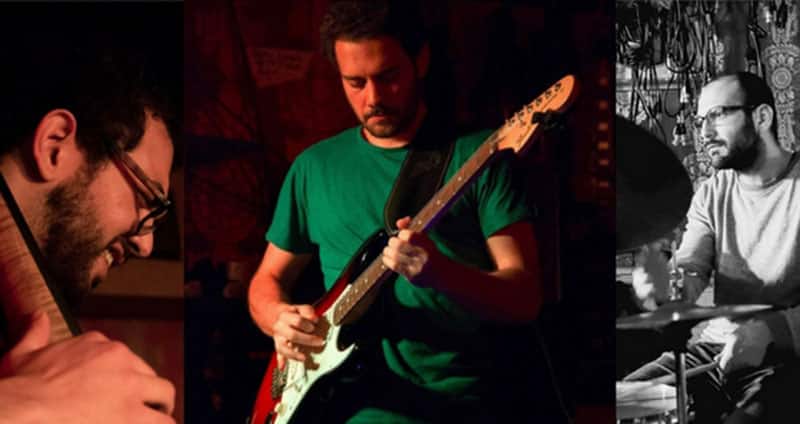 ‘Tis the last day of August and for some that may be a downer, yet for others it just means the start of something new as we celebrate the neverending cycle of life. And one way that life is always celebrated – albeit in many different styles – is with music, so here are two concerts coming up at the start of September that are all about rocking life like we mean it.

If it is jazz that rocks your musical boat, then get your life jacket on for the start of the autumn/ winter jazz season at Sarah’s Jazz Club on Saturday where the Andreas Yerolatsitis Trio will take to the stage.

According to those who know jazz best in the local music scene, the trio are next-generation Cypriot jazz musicians everyone should know about – and the guitarist, drummer and bassist will be introducing themselves to those who seek new musical horizons on Saturday.

Recording artist and teacher Antreas Yerolatsitis is the talented jazz guitarist who will be strumming away to start off the new musical season. He is a 2015 graduate of the Masters programme at the Royal Conservatory of The Hague. Yerolatsitis, from Nicosia, started classical piano lessons at six years old. He performed with the big band of the Royal Conservatory and is in constant demand as a bandleader and sideman. The guitarist plays live on a regular basis at musical events, festivals, clubs and various stages in the Netherlands and abroad.

Drummer Omiros Miltiadous, from Limassol, is a student of drummers George Koulas and Stelios Xydias. He is currently studying at the Royal Conservatory of The Hague under the great Eric Ineke. Miltiadous plays regularly in various bands and formations in The Netherlands.

Bassist Kyriakos Kesta, from Limassol, studied under bass player Irenaeos Koullouras. He started playing the electric guitar and bass at the age of 12. Kesta is highly active in the Cypriot jazz scene, and has played at jazz festivals like the Paradise Jazz Festival and clubs around the island. He is one of the youngest bass players on the scene today.

If jazz isn’t part of your playlist, on the other hand, then maybe rock is. And when it comes to rock and Nicosia, there is only one place that brings it all together – DownTown Live.

The music stage will bring together several rock bands next Friday, September 8, when it puts on the Nicosia Rock Festival 2017. The mainly local bands will cover a range of rock genres, including blues, soft rock, alternative rock, Greek rock, psychedelic, grunge, hard and stoner rock.

Among the bands to perform is Brok – as in broccoli. This five-member band came together in December 2016 to “fill the need for an authentic Greek rock band that plays purely rock songs from some of the great Greek rock bands and artists, such as Tripes, Sidiropoulos and Endelehia.”

While Brok will be playing pure rock songs, the band Stonus will be turning things up a notch with their heavy rock and stoner tones. This six-member band from Nicosia started rocking together in 2015, and their stage energy and need to hit just the right notes have made sure they pack in the crowds at every performance.

The blues will be covered by the George Sidiropoulos Band, while the rock, pop and alternative strand of rock will be upheld by Con Amici – who has the only female presence at the festival.