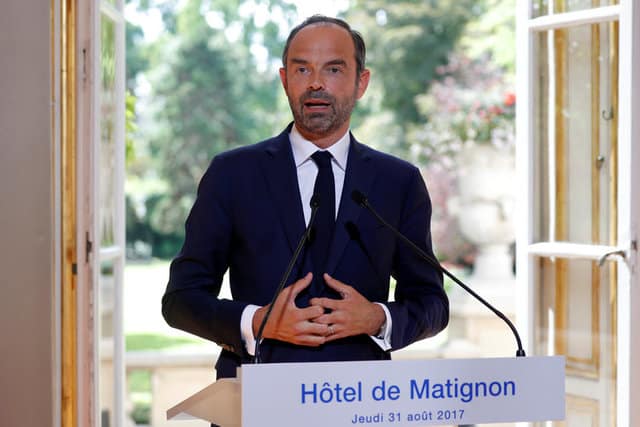 The French government said on Thursday it would cap payouts for dismissals deemed unfair and give companies more flexibility to adapt pay and working hours to market conditions in a labour reform France’s biggest union said was disappointing.

The reform, President Emmanuel Macron’s first major policy step since his election in May, is also the first big test of his plans to reform the eurozone’s second-biggest economy.

For decades governments of the left and right have tried to reform France’s strict labour rules, but have always diluted them in the face of street protests.

Labour Minister Muriel Penicaud described the reforms as “a transformation of labour rules on an unprecedented scale”.

“The truth is that for bosses, especially of small companies, and foreign investors, the existing labour law is seen as a brake on hiring and investment,” Philippe said.

The decrees hand companies more power to adapt work time and pay to market conditions based on agreements reached by a simple majority between employers and workers.

Compensation for a dismissal judged in a labour court to be unfair would be set at three months of wages for two-years in the company with the amount rising progressively depending on how long a worker was with the firm, unions said.

In a concession to unions, normal severance pay would be increased from 20 per cent of wages for each year in a company to 25 per cent.

The government, which already has parliament’s backing for the reform, consulted with unions for weeks as it drafted its plans.

“All of our fears have been confirmed,” said Philippe Martinez, head of the hard-left CGT union, after the government presented the decrees to unions and employers.

He said the union would press ahead with its plan for a protest on Sept 12.

France’s biggest union, the reformist CFDT, said that it was disappointed with what amounted to a missed opportunity to improve labour relations, but said it would not call a strike against the reforms.

“This reform does not rise to the occasion”, the CFDT’s leader Laurent Berger told reporters, but he added: “Taking to the streets is not the only mode of action for unions.”

The reform would give more flexibility to small firms in particular, allowing direct negotiations in companies with less than 50 workers between employers and a staff representative who does not necessarily need to be a union member.

The labour reforms are a test Macron’s mettle to push through reforms which have divided French voters but which are being closely watched by investors, and countries like Germany, who want to see an overhaul in the eurozone’s second biggest economy.

The labour reforms comes as the 39-year-old president suffers a steep drop in popularity ratings.

Early policy announcements including an overhaul of the wealth tax and cuts to housing assistance have left a swathe of voters feeling Macron’s policies favour the rich, pollsters say.

The government plans later this autumn to start talks on overhauling unemployment benefits in October before tackling retirement reform next year.

Strained public finances means that the government can ill afford costly concessions to sweeten its reform agenda and plans to cut public spending by €20 billion next year could further fan public discontent.