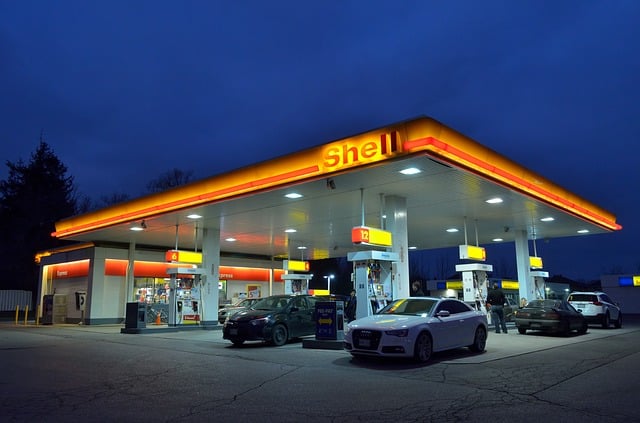 Gasoline prices hit $2 a gallon for the first time since 2015 on Thursday as flooding from storm Harvey knocked out almost a quarter of U.S. refineries, while crude prices stabilised following a slump the previous day.

Harvey has battered the U.S. Gulf coast since last Friday, ripping through Texas and Louisiana at the heart of the U.S. petroleum industry. At least 4.4 million barrels per day (bpd) of refining capacity was offline, or almost a quarter of total U.S. capacity, based on company reports and Reuters estimates.

Amid fears of a supply squeeze, U.S. gasoline prices on Thursday jumped to $2 per gallon for the first time since July 2015.

Goldman Sachs said it could take several months before all production could be brought back online.

“While no two natural disasters are similar, the precedent of Rita-Katrina would suggests that 10 percent of the … currently offline capacity could remain unavailable for several months,” the bank said.

Crude prices stabilised after falling sharply the previous day as the closure of so many U.S. refineries has resulted in a slump in demand for the most important feedstock for the petroleum industry.

U.S. West Texas Intermediate (WTI) crude futures were trading at $45.96 per barrel at 0414 GMT, flat from the last day’s settlement, when prices fell by 0.8 percent intraday. International Brent crude was at $50.88 a barrel, also virtually flat from its last close, though the contract fell by over 2 percent during the previous session.

Analysts said that the heavy WTI discount with Brent

Meteorologists said that Harvey could be the worst storm in U.S. history in terms of financial cost.

“The economy’s impact, by the time its total destruction is completed, will approach $160 billion,” said Joel N. Myers, president and chairman of meteorological firm AccuWeather.

Other estimates have put the economic losses from Harvey at under $100 billion.

And although Harvey keeps getting weaker, meteorologists say more floods are expected.

The National Hurricane Center (NHC) said in its latest update that flooding and heavy rain continued in eastern Texas and western Louisiana.

AccuWeather also said that “the worst flooding from Harvey is yet to come as rivers and bayous continue to rise in Texas with additional levees at risk for breaches and failures.”

That’s 14.5 percent down from record levels reached last March, and it is below 2016 levels.

This came on the back of record U.S. gasoline demand of 9.846 million bpd last week, and as U.S. refining utilization rates rose to 96.6 percent, the highest percentage since August of 2015.

However, the data was collected before Hurricane Harvey hit the Gulf Coast.

Meanwhile Arkema SA expects chemicals to catch fire or explode at its heavily flooded plant in Crosby, Texas in the coming days because the plant has lost power to its chemical cooling systems, a company official said on Wednesday.

The company evacuated remaining workers on Tuesday, and Harris County ordered the evacuation of residents in a 1.5-mile(2.4-km) radius of the plant that makes organic peroxides used in the production of plastic resins, polystyrene, paints and other products.

Richard Rowe, chief executive officer of Arkema’s North America unit, told reporters that chemicals on the site will catch fire and explode if they are not properly cooled.

Arkema expects that to happen within the next six days as temperatures rise. He said the company has no way to prevent that because the plant is swamped by about 6 feet (1.83 m) of water due to flooding from Harvey, which came ashore in Texas last week as a powerful Category 4 hurricane.

“Any fire will probably resemble a large gasoline fire. The fire will be explosive and intense,” Rowe said in a late Wednesday statement. He added that the black smoke produced would irritate the skin, eyes and lungs.

The company said it opted not to move chemicals before the storm but made extensive preparations. The plant is 25 miles (40 km) northeast of Houston.

There is a “small possibility” that the peroxide could release into the flood waters without igniting, and in that case would break down and either dissipate in the water or evaporate, he said. However, the fire is the most likely outcome.

Rowe did not disclose the volume of chemicals on the site and said it was speculative to predict how much damage the plant could sustain. He said a fire would not pose any “long-term harm or impact.”

The plant has been without electric service since Sunday. The plant lost refrigeration when backup generators were flooded, and workers transferred products from warehouses into diesel-powered refrigerated containers.

The company said some refrigeration of back-up containers has been compromised because of high water levels, and the company is monitoring temperature levels remotely.

The Federal Aviation Administration has temporarily barred flights near the plant because of the risk of fire or explosion.