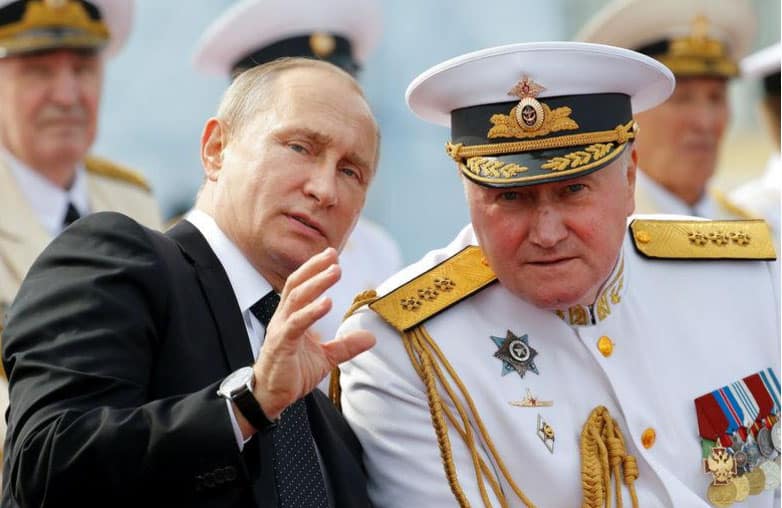 September will be a nervous month in Eastern Europe. On September 14, Russia will unleash what may be its largest military exercise since the Cold War. In Poland, Ukraine, Lithuania, Latvia, Estonia and elsewhere, officials are openly concerned that the “Zapad (‘West’) 2017” drills near their borders will be used as cover for a military attack.

Russian President Vladimir Putin sees both conventional and nuclear posturing as a useful tool to reassert Moscow’s status as a world power and intimidate nearby enemies. The three years since Russia’s annexation of Crimea have seen a dramatic increase in Moscow’s military activity.

But Russia’s escalating confrontation with the West goes well beyond that. Moscow, Washington and other Western governments understand that any direct conflict between Russia and the West would prove disastrous. Instead, the face-off is worsening in wider, often weirder ways. And while many Americans would blame Moscow, many Russians see it differently.

Part of that is down to a Kremlin media machine that relentlessly pushes the message that Moscow must assert itself to avoid being surrounded and impoverished – and paints the West as chaotic, corrupt and Machiavellian. Such views are deeply embedded in Russia’s national mindset. An unclassified report released by the US Defence Intelligence Agency in June concluded that senior Russian leaders genuinely believed Washington was intent on toppling them, particularly under President Barack Obama.

That belief creates mounting dangers that damage and destabilise both sides – and that show no signs of subsiding.

Despite signs that President Donald Trump would still like to be in Putin’s good graces, Congress and much of the US government simply will not let him – particularly as probes into Russian election hacking and the Trump campaign’s Moscow links gather steam. With a continuous drip feed of allegations and revelations, it will become ever more toxic to relations.

On August 2, Trump bowed to bipartisan pressure in signing a bill to impose new sanctions demanded by Congress. It was a sign of just how Capitol Hill, not the president, now may be calling the shots – Trump complained on Twitter that the sanctions might dangerously imperil relations with Russia, but he was politically unable to block them.

At the end of the Cold War, Western leaders took the deliberate decision to pull Moscow into the West’s economic structures to cement peace. The latest round of sanctions may be the final nail in the coffin of that approach. Writing on his Facebook page, Russian Prime Minister Dmitri Medvedev described them as “economic war”, saying they ended any hopes for a rapprochement under the Trump administration.

Even as the proxy war Washington and Russia have been waging in Syria appears to be tailing off, the one in Ukraine appears intensifying. Last week, US Defence Secretary James Mattis announced the government is considering supplying lethal weaponry to Ukraine – primarily US-made antitank rockets – to be used in its ongoing war with Moscow-backed Russian-speaking separatists.

Russia’s suspected interference in Western politics now goes well beyond intermittent hacking and the release of potentially sensitive information seen in the American, French and other elections. Social media experts say an army of suspected Russian-run Twitter feeds and other web and social media outlets are now also energetically pushing their own disruptive narratives into American and European political discourse.

Suspected Russian-linked “bots” – believed to be largely automated Twitter feeds – were observed spreading far-right messaging both before and after the white supremacist demonstrations in Charlottesville, Virginia. They are also accused of spreading rumours and criticism of US National Security Advisor HR McMaster during his reported face-off with now-ousted Trump strategist Steve Bannon.

Similar tactics – utilising not just social media but Moscow’s mainstream foreign-facing platforms such as the Russia Today TV station and Sputnik website – are aimed at Europe, sometimes even more intently. On August 6, McMaster accused Moscow, and Putin in particular, of trying to “break apart Europe” with propaganda and disinformation. “The nature of the regime is one person,” he said in reference to the Russian president.

That’s a direct contrast to the early years of the Obama presidency, when that administration hoped to sideline Putin by working primarily with then-president Medvedev. That – along with perceived Western support for opposition and human rights groups within Russia – appeared to further feed paranoia in the Kremlin, particularly after unusually large anti-Putin street protests in 2011.

Most experts agree Putin prioritises his personal survival above all else. In his early years in power, Putin’s authority derived heavily from Russia’s economic prosperity and stability. Now, however, the Kremlin propaganda machine focuses on his role in restoring the country’s militaristic and national pride. If sanctions begin to undermine the Russian economy, this may only intensify.

For now, all sides still clearly prefer to confront each other with economic, political and other unorthodox tactics rather than open force. The upcoming Zapad exercise, however, will probably follow what is now the traditional Russian pattern of ending with a simulated nuclear strike on an enemy city or military force. The last “Zapad” exercise in 2013 had Warsaw as the simulated target, Western officials say, with other drills targeting Sweden as well as an offshore Nato flotilla. It’s Moscow’s way of reminding its neighbours and potential adversaries of just what is at stake if tensions rise too high. The irony is that it will simply guarantee that a nervous world could get even more so.

Five-cent charge for plastic bags on its way

Our View: Lax attitudes to NPLs will worsen as election nears