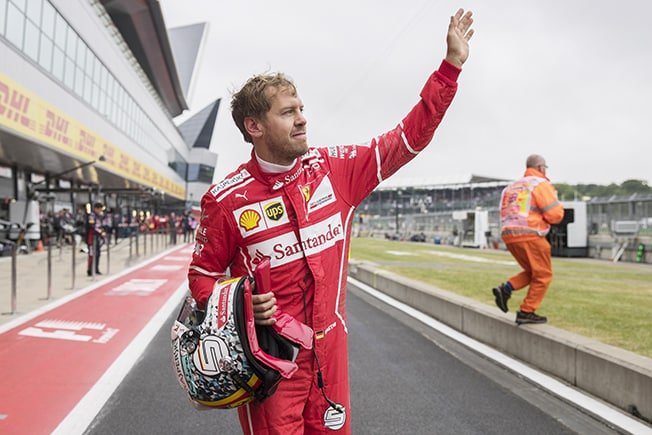 Sebastian Vettel has been on the podium at Ferrari’s home Italian Grand Prix for the past two years but anything less than a win on Sunday could cost the German the lead in the Formula One championship.

The Ferrari driver is only seven points clear of Lewis Hamilton, the difference between first and second place, with his Mercedes rival fresh from last weekend’s pole-to-flag success in Belgium and 5-4 up on race wins.

Hamilton won at Monza in 2014 and 2015 and was runner-up last year to now-retired team-mate and eventual champion Nico Rosberg.
The Briton has also been on pole at the ‘Pista Magica’ for the past three years.

But Ferrari have closed the gap and Vettel can count on a wave of local support at the historic Milanese track where he took his first grand prix victory with Toro Rosso in 2008.

“I think Monza is never a critical race for Ferrari. I think it’s the nicest race,” the four-time world champion told reporters ahead of a weekend that will also see his team celebrate their 70th anniversary.
“We have a lot of support so I’m really looking forward to it already.”

Vettel, with a new three-year contract signed only last weekend, won at Monza with Red Bull in 2011 and 2013 but has yet to do so in Ferrari red.

If he does, he will become the first driver to win the race with three different teams since Britain’s Stirling Moss in the 1950s.
In 2015, Vettel’s first season since switching to Ferrari, he finished second. Last year he was third.

“We’ve been second, we’ve been third, so maybe we can get the last step on the podium that is missing,” said the 30-year-old, adding that there was no reason for Ferrari to fear any circuit from now on.

Hamilton will also have plenty of fans, with the locals respecting a true racer, and can make history with a record pole position after equalling Michael Schumacher’s all-time tally of 68 in Belgium.

The Mercedes driver knows he needs to make the most of the moment in the last European race of the season, with Ferrari likely to have the upper hand again once the action switches to Singapore.

“Clearly we have not a bad car on the straights. I imagine it’s going to be very, very close in the next race,” he said after Spa.
Red Bull, with Australian Daniel Ricciardo in his ancestral homeland and smiling following his third place in Belgium, will again be the best of the rest although Max Verstappen is likely to have grid penalties following his retirement in Spa.

Force India’s feuding duo of Mexican Sergio Perez and Esteban Ocon will be back in the limelight after a costly collision in Spa had the French rookie accusing his team-mate of trying to kill him.

And former Ferrari driver Fernando Alonso will also be a focus with his future at struggling McLaren a major talking point.