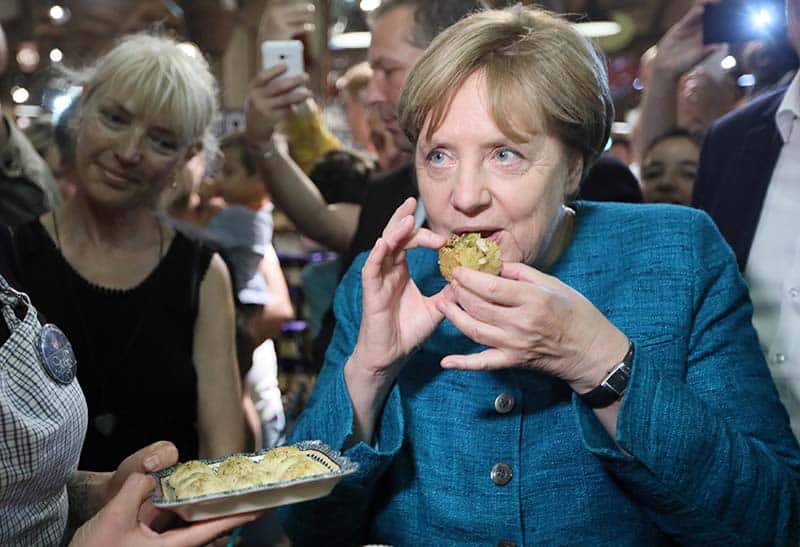 Vowing to “shove her off the throne”, Leif-Erik Holm of the hard-right Alternative for Germany (AfD) is mounting a robust challenge to Chancellor Angela Merkel in her constituency as she seeks re-election on September 24.

Merkel, 63, has held the northeastern district bordering the Baltic Sea since she entered parliament in 1990, though she grew up in Templin – due south and in the next state. Holm, 47, a self-styled “local boy”, says he wants to “send Merkel home”.

“Merkel was very popular here, that’s true. But times have changed,” he told Reuters, saying her decision in 2015 to leave German borders open to more than a million migrants would cost her. “People are asking ‘what is she doing?’”

Merkel won the constituency with 56 per cent of the vote at the last national election, in 2013. Now, the AfD is emboldened in the district after beating her conservatives into third place in the wider northeastern region of Mecklenburg-Vorpommern last year.

“Merkel has failed in a lot of people’s eyes and they are looking for an alternative,” said Holm, a former presenter at a local radio station.

Merkel’s conservatives enjoy a handsome lead over rivals nationally and Germany’s mixed electoral system means that even in the unlikely scenario Holm does beat her, she will still win a parliamentary seat from a list of candidates who top up those elected directly from constituencies.

But second place is a real possibility for Holm, said Jan Mueller at Rostock University: “He cuts a moderate profile.”

AfD co-chair Frauke Petry says the constituency is “a prestige target” for the party.

Marking it as her turf, Merkel spent a full day touring the district on Thursday, promising no repeat of the 2015 refugee influx and taking every opportunity to pose for selfies with voters and their children.

As she made her way through a crowd of some 200 people for a rally in the picturesque town of Greifswald, a plane flew overhead trailing a banner reading: Vote AfD. When she spoke, a handful of protestors tried to drown her out with whistles.

“I don’t think Germany’s future will be built with whistles – that isn’t going to work,” said Merkel, appealing to the crowd to vote her in for another four years.

“I need your support!” she said to loud applause.

Salim Jarrah, 42, who came to Germany from Lebanon 21 years ago and runs a restaurant in the town, said Merkel was doing a good job of running the country.

“Who could do better?” Jarrah, now a German citizen, told Reuters after presenting Merkel with flowers.

In Roevershagen, some 80km to the west, Merkel was met with a more hostile reception when she arrived for a walkabout at a shopping centre.

“Merkel must go!” shouted one protestor. “Go home, traitor!” said another.
Hartmut Jahnholz, an AfD supporter from nearby Rostock, said she had not fulfilled her oath to protect the German people.

“Just the opposite,” he said in Roevershagen. “She opened the borders, that’s all she’s done.”