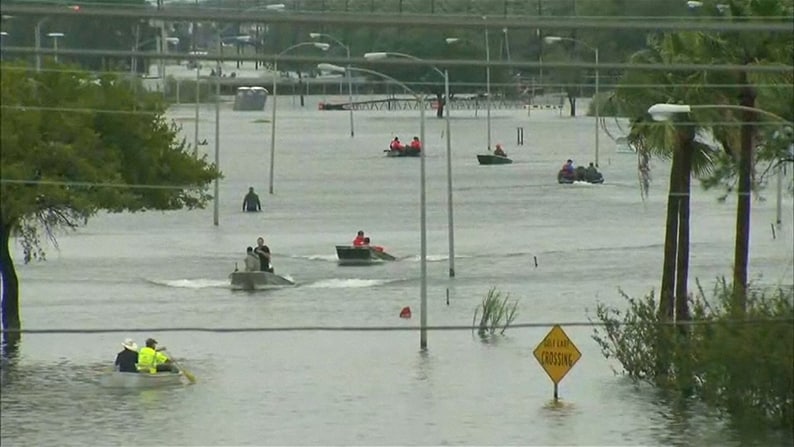 At least a decade ago, a retired general at the Bangladesh Institute of International and Strategic Studies said to me that the rich countries will never take climate change seriously until some very big and apparently climate-related disaster happens in a first-world country. Hurricane Harvey was not that disaster.

At least 33 people have died in the Houston floods in the past few days, and the number will undoubtedly go up. In Bangladesh, at least 134 have died in monsoon flooding that has submerged at least a third of the country. But the latter fact will have no impact on opinion in the developed countries – “it’s just the monsoon again” – and the Texas disaster is not big enough to change minds in the United States. Nor should it.

Hurricanes are an annual event in the Gulf of Mexico, and their causes are well understood. Global warming has raised the amount of rain that this storm dumped on east Texas by 3-5 per cent. (Higher sea surface temperature = more evaporation.) It also probably caused the changed wind patterns that kept Harvey loitering off the coast for so long.

But it did not cause Harvey.

The Houston floods are causing so much disruption and misery mainly because of human decisions: putting such a large population on a flood plain subject to frequent hurricanes, and then taking inadequate measures to protect those people from the inevitable consequences.

It’s the same story as Hurricane Katrina – and if more than a thousand dead in New Orleans twelve years ago didn’t change the way Americans deal with these threats, the current

pain in Houston is certainly not going to do so either. Indeed, just a couple of weeks ago President Trump scrapped Obama-era flood standards requiring infrastructure projects to take account of predicted global warming. There was no outcry.

Immerse a frog in boiling water, and it will immediately hop out. Put it in cold water and then slowly heat it, and the frog will not notice that it’s being boiled. The evidence is there, but it’s coming in too slowly to get its attention. Climate change is creeping in quietly, making normal weather a bit more extreme each year, and Americans haven’t noticed yet.

They get lots of help in maintaining their ignorance, of course. Right-wing “think tanks” like the Institute of Energy Research, the Heartland Institute and the Competitive Enterprise Institute, financed by the likes of Exxon Mobil and the Koch brothers, have already mobilised to deny any links between the Houston disaster and climate change.

“Instead of wasting colossal sums of money on reducing greenhouse gas emissions, much smaller amounts should be spent on improving the infrastructure that protects the Gulf and Atlantic coasts,” said Myron Ebell, director of environmental policy at the Competitive Enterprise Institute (and formerly the head of Trump’s transition team at the Environmental Protection Agency, tasked with crippling it).

But do not despair: this is largely an American phenomenon, and the United States does not bulk as large in the climate equation as it used to. Almost all the other developed countries are taking the threat of large-scale climate change seriously, although they have left it a bit late and they’re still not doing enough.

Consider, for example, the Netherlands, which is almost as vulnerable to flooding as Bangladesh: a quarter of the country is below sea level. There is a sentence in the introduction to the annual report of the Delta Programme, which deals with the rising sea levels and other water-related issues that concern the Dutch, that would be quite unthinkable in a US government document even in Barack Obama’s administration.

It reads: “The Delta Programme is tasked with ensuring that flood risk management and the freshwater supply will be sustainable and robust by 2050, and that our country will be designed in a manner that enables it to continue to cope resiliently with the greater extremes of climate.” If the United States had started taking the Dutch approach twenty years ago, far less of Houston would be underwater today, but “designing our country”? It’s un-American.

The United States will get there eventually, but it will take a far greater disaster than the Houston floods – the loss of Miami, perhaps? – before it ends the ideological wars and starts dealing with the realities of its situation.  Meanwhile, the rest of the world will have to cope with climate change without American help.

It can probably manage. The Paris climate summit of December, 2015 produced an agreement that was a good start in coping with emissions, and none of the other countries took advantage of Trump’s defection from the deal to break their own promises. New technologies offer more promising routes for cutting emissions, and the world still has a chance of avoiding runaway global warming (+3-6 degrees C).

Even if we can stop the warming before +2 degrees C, however, it’s too late already to prevent major climate change. There will be bigger floods and longer droughts, food shortages and floods of refugees, and countries will have to work hard to limit the damage. Including, eventually, the United States.

When people move they become the playthings of semantics

Tales from the coffeeshop: The army and making meaningless nonsense sound serious