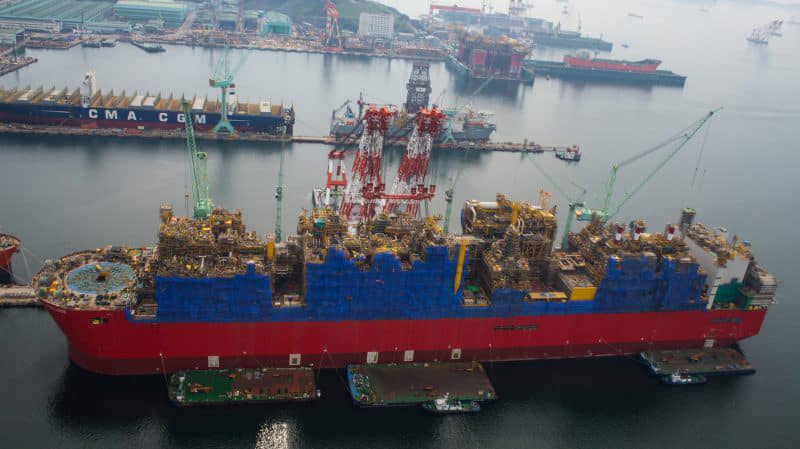 A few months before announcing the third licensing round for hydrocarbons off Cyprus, the government endorsed the UN Climate Change Conference (COP21) for restricting climate change.

EU member states have committed to curbing greenhouse gases by 40 per cent compared to 1990 emissions levels. Although the EU is endeavouring to assume a leadership role in combating climate change such an ambition is by no means easy. While some argue that the impacts of climate change have been milder than alarmists contended, the counter-argument is that the cost of inaction outweighs the cost of taking action.

Last year was the warmest year on record and footing the bill of an ambitious emissions reduction plan is expected to prove more challenging than it appears. Several reasons account for that.

First is the financial aspect. Developed nations at COP21 in December 2015 agreed to “mobilise” US$100bn per annum until 2020 to help developing countries cope with climate change. Footing such an expensive bill is no easy undertaking, which is why the details of this pledge have yet to be fleshed out clearly. Then there is the technological element. Ever since the Kyoto Protocol in 1997, substantial technological progress has dramatically lowered the cost of renewable energy sources (RES) such as solar and wind. In 2015 solar and wind power accounted for seven per cent of the world’s electricity generation. Conventional energy sources, namely, coal, natural gas and oil produced more than 80 per cent of the world’s electricity needs.

By one estimate from the International Energy Agency (IEA) removing carbon from the world’s electricity grid will require annual investments of $20trn until 2035. A number of recent studies have argued that the entire decarbonisation of the world’s energy mix will be prohibitively costly. Instead, the proposition will be to first reap the “low hanging-fruit”, that is to substitute some energy generation with RES sources, such as wind and photovoltaics in places where RES are more cost efficient than conventional sources. Conventional sources in many instances become more expensive than RES if externalities such as emissions are factored in the power generation cycle. Beyond a threshold, which is country-specific, the financial burden for decarbonisation proves very expensive.

Then there is energy efficiency. As the adage goes, the cheaper and less polluting power is the one that will never be produced. Various initiatives in the EU and the UK have produced mixed results with subsidies scaled down especially when state finances deteriorate. Building insulation and retrofitting though have been a successful scheme which merits being expanded in the nearby future.

In parallel with Tesla’s efforts to popularise affordable electric vehicles, much emphasis has also been placed in overcoming the drawbacks of renewable energy sources such as wind and solar energy which are plagued by intermittency. One such project, undertaken by Tesla, will be to assemble the world’s largest lithium-ion battery in Australia in an effort to prove the cost effectiveness of the technology. The cost of battery power storage per kilowatt-hour has fallen from $1,000 in 2010, to between $130 and $200 in 2017, but driven by the prospects of a high demand in electric batteries, the price of rare earth metals used to make batteries has increased considerably in the past two years. For example, the cost of lithium carbonate has more than doubled ever since 2015. Even at a price of $130 per kilowatt-hour electric batteries cannot yet successfully compete with cheap sources of energy such as coal and natural gas.

The Role of Natural Gas

Natural gas, predominantly consisting of methane, is the most environmentally friendly fossil fuel primarily used in power generation, as a raw material for fertilisers and for domestic heating and cooking. Due to its environmentally benign nature, natural gas can be used as a “bridging fuel” for lowering heat trapping emissions. Notwithstanding the hype about the dominance of electric vehicles, they currently only make up one per cent of the world’s car fleet. By 2050 it is anticipated electric vehicles will account for 15 per cent of the world’s car sales, but this will be mostly in rich countries which offer generous rebates. Given that power generation from natural gas is a proven technology, if countries want to make an immediate dent on carbon dioxide emissions, then natural gas constitutes a smart fuel choice. Keeping the lights on when variable wind and solar power rides the electricity grids will require the grid stability afforded by natural gas.

Even counties which pride themselves on supporting less-carbon intensive energy sources, such as Germany and China, have increased their reliance on coal in the past four years. The good news is that the world’s share of natural gas consumption increased by 63 billion cubic metres (bcm) in 2016 with the EU registering the fastest increase since 2010 of 7.1 per cent. As the volume of natural gas reaching the markets, in the form of liquefied natural gas (LNG), is expected to make-up half of the globally traded gas by 2035 carbon emissions are anticipated to drop substantially too.

Recognising that in the near future natural gas is expected to become the fuel of choice, energy companies have increased their portfolio of natural gas assets. The prime example is Royal Dutch Shell which in 2015 acquired BG for $50bn to become the world’s largest company LNG supplier. Although natural gas is less interchangeable than oil, its many uses and especially its greener environmental credentials render it an attractive fuel.

It is along these lines that Cyprus could proceed to brand its gas. Hopefully, together with the discovery of new gas fields off Cyprus the options for utilising the gas will multiply too. Even though gas pipelines constitute the most attractive export means, LNG options should not be abandoned. As a positive sign Shell has recently anchored its Prelude FLNG off Australia. Considering the good relations between Cyprus and Egypt, Cyprus has a better chance of exporting some of its gas through Egypt’s idle LNG facilities than Israel does.

When people move they become the playthings of semantics

Tales from the Coffeeshop: Make way for the Phed Express