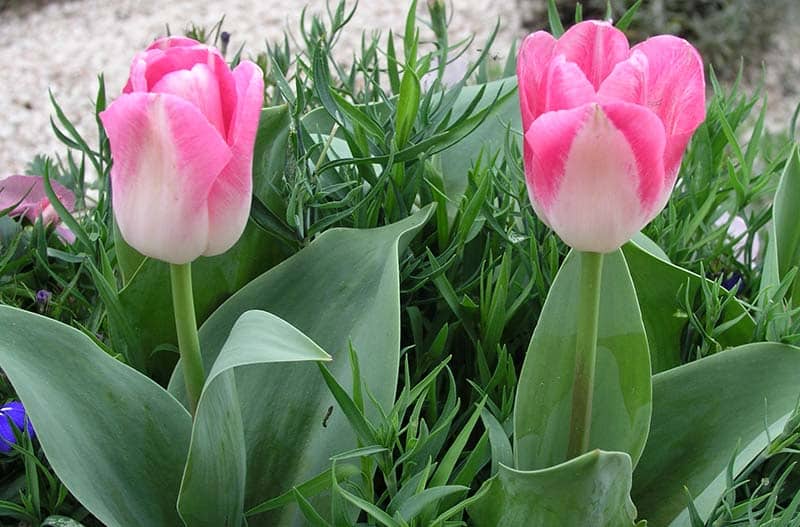 Cyprus has just endured the hottest summer for 35 years! My garden is looking parched and some shrubs have very burned tops. I am not pruning them off yet, so that the growth underneath is still protected. The myoporum hedge, which is the boundary separating us from our neighbours, was pruned severely in March and April and the new growth is gradually dying away. I hope that with some winter rain it will recover. The relentless sun also burned off our lemons and they all tumbled to the ground, barely the size of walnuts! I haven’t dared to look at the orange trees yet.

The flowering season was short this year. Annuals only last for a couple of weeks anyway, and this year herbaceous perennials (those that come up every year) were short lived too. All this makes me wonder that if we have less and less winter rain and more of the high temperatures that we have seen this year and last, will it mean the end of these lovely additions to the garden that we look forward to each year.

Global warming and lack of trees here is to blame for a lot of this I fear, so it was interesting to read about the Adopt a Tree project at the end of July and the efforts being made to encourage tree planting on the island. There once was a green island here. Sir Samuel White Baker, the great African Explorer, came ashore at Larnaca in 1879 with his wife and recorded his findings in a book entitled Cyprus as I saw it in 1879. He drew the reader’s attention to the dense scrub where once trees had stood, plumaged by invaders from lands nearby in their search for timber to turn into charcoal for cooking. Of course, we need trees and lots of them, both in our gardens and countryside, where they can hold soil in place and prevent erosion. They can mask concrete walls, parking lots, and unsightly views and muffle sound from nearby roads. Trees also absorb dust and wind and can bring rain, much needed in this part of the world, which we also need to survive. It’s great to know that so many others are as concerned as I have always been.

Planting new saplings is all well and good if it wasn’t for the herds of goats that roam around the countryside under the control of their goatherds no less. They will munch away at almost anything, including the succulent new growth of saplings. It’s no good planting thousands of trees if they can’t be protected. I read somewhere recently that a mature oak tree can support over 460 different species of insects, birds and mammals, just think about that! Once upon a time trees were considered sacred by Druids, Native Americans and Africans as well as other primitive peoples around the world. It’s time we started to think more seriously about them and the vast impact they have on our planet. Go plant a tree, but not this month!

WHAT TO DO IN YOUR GARDEN THIS MONTH

With temperatures still quite high, it is siga-siga approach in September, at least to begin with. If, like me, you have been itching to get out there and actually do things other than water and weed, don’t start with the heavy jobs just yet. Leave any tree or shrub planting until the soil is moist and temperatures cooler. You have until the end of March to do that, however you can begin to prepare the soil for winter vegetables. If you don’t have a compost heap then buy some big bags of potting compost, and dig the contents in, which should improve the soil. If you have a friendly goatherd or know of some horse stables, then you could perhaps beg some manure. However, remember that very fresh manure may have a harmful effect on your plants, so store it or add it into your compost heaps or bins for a while.

If you pruned your roses after the first flowering, then with the cooling weather, they may be putting out new growths. Help them along with a feed of a proprietary rose food. By pruning the stems of Plumbago auriculata after it produced its sticky seedpods, then you should be having yet another show of pretty blue or white flowers again for at least a couple of months. This shrub used to be known as Plumbago capensis but those who study plant names have changed it. Potted plants may be looking quite exhausted by now. Dead or dying annuals can easily be replaced, using new stock from the garden centres to freshen up balconies or verandas. Check the soil first and perhaps refresh it. Pelargoniums look stressed after the long hot summer. Good advice here is to cut them right back to a new growth lower down the stem, and having loosen the existing soil first, add in some new compost to the top of the pot, give it a liquid feed and place the pot in a shady place to recover.

The humidity this year has brought many mealy bugs back into the garden and even Neem Azal T/S has had little success in dealing with them. Sometimes finger, thumb and vigilance is the best way! Our lovely wisteria continues to put out new stems, waving in any breeze hoping to latch on to something close by. We found one attached to an air conditioning unit so it had to be cut back before the unit was smothered. The fresh stems have small panicles of scented flowers at the tips, but sadly, they are not able to cope with the hot weather. They look and smell much better in the early spring.

If watering and feeding hippeastrum plants (you probably know them as amaryllis, but that is a mis-nomer) since they finished flowering, now is the time to stop and let the leaves die down. In about three month’s time, you can start to water again, especially if you want them to be in flower for Christmas or the New Year. Spring bulbs will come into the garden centres towards the end of the month. Buy them then by all means, before the favourites sell out, but wait until the ground is moist enough to plant them. Check the bags or nets for signs of mould or mildew on the bulbs and don’t buy those.

It’s interesting to reflect that tulip bulbs started out life in this area of the Mediterranean and were taken to Holland as early as the 16th century, where they were much coveted, and a lot money was made from the sale of them. However, the bubble burst leaving many investors penniless. Nowadays, these bulbs are exported mainly from Holland The Dutch grow fields of them but not for their flowers, which are removed from the plant and used to decorate flower floats, or even end up as compost! Each bulb can yield at least two or even three bulblets each season, which is what the grower is looking for. Daffodils were natives of Spain and Portugal; the humble but heavenly-perfumed freesias were originally from South Africa and as far away as North Africa and even China, as were ornithogalums (Star of Bethlehem). I love the early flowering Paperwhites, Narcissus papyrus, which started life in parts of Greece and as far as Portugal and along the northern coast of Africa. How amazing that we are able to enjoy so many of these international flowers!

This welcome addition to hot summer gardens has had several names before the latest one. Hailing from New Zealand, it goes by the name of Daisy Bush, because of the bright yellow daisy-like flowers appearing in spring and summer. This is a great plant for hot, dry gardens. Known previously as Senecio greyi, or indeed Brachyglottis greyi, it would seem that those names have been changed yet again.

Elegant but sprawling, this plant provides great ground cover for difficult parts of the garden and along the shore line, where watering is not always possible. The silvery alternate leaves, with scalloped edges and a delicate white line around the outer edge, are covered on both sides with fine white hairs, which protect the leaf from the heat of the sun. In its native habitat it grows along the coastline in cracks and crevices, where soil is very limited, and is usually exposed to salt-laden winds, all of which it can cope with. 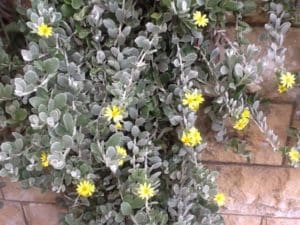 Brachyglottis was introduced as a suitable shrub for gardens as it is generally pest and disease-free. Watering should be sparse once established, although in more desert-like gardens this may produce fewer flowers than those plants that are watered freely. The Dunedin Hybrids tend to make large sprawling clumps rather than tidy bushes, but are extremely hardy. They can also be used for low hedging. Regular clipping will assist in encouraging more young foliage to appear. Propagation is by semi-hardwood cuttings in summer.

Appointment of a supervising engineer