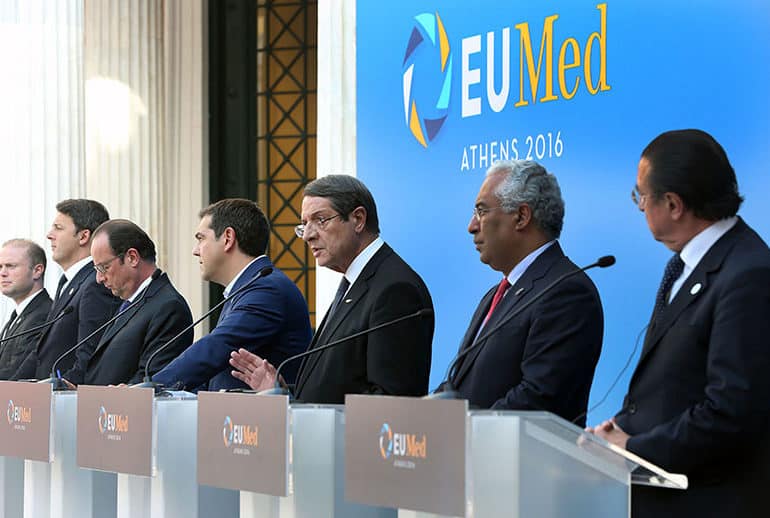 Cyprus will for the first time, next month, host the Euro-Med Conference where the leaders of seven Mediterranean EU countries will gather on the island to discuss issues specifically related to their countries, such as migration.

The leaders of France, Greece, Italy, Malta, Portugal and Spain are expected to attend the summit in Nicosia on October 10.
Government Spokesman Nicos Christodoulides said on Sunday that the hosting of the meeting on the island was an “indication of our multidimensional foreign policy that is bringing very concrete results”.

“This is a very important meeting with a rich agenda relating to the EU,” he said.

“The meeting in Nicosia will be followed the European Council meeting in Brussels and therefore the issues to be discussed at the [Cyprus] meeting are related to the agenda of Brussels, such as economy, energy, as well as issues concerning negotiations for Brexit. Definitely a theme that is expected to dominate, taking into account the discussions in Brussels, are the EU-Turkish relations.”