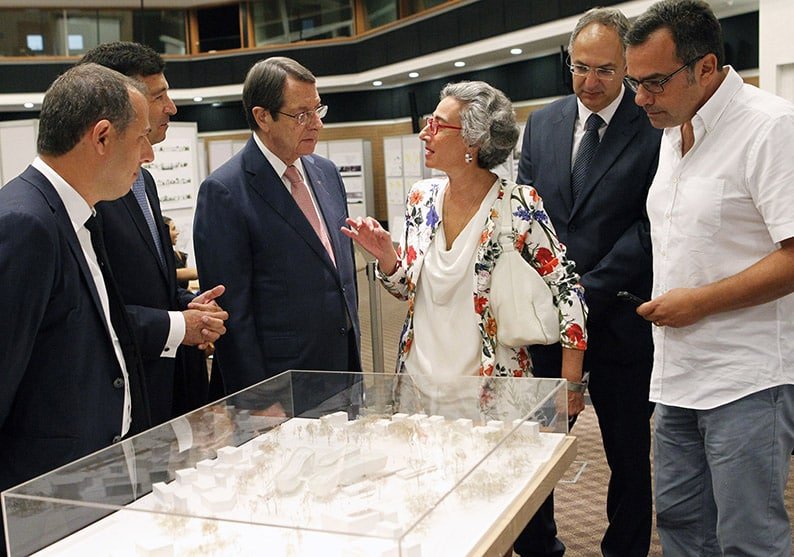 The government will soon launch the tender procedures for the construction of the new archaeological museum in Nicosia at a total cost of approximately €50 million, President Anastasiades said on Monday.

He was speaking at an award ceremony for the international architectural contest for the building at Nicosia’s Philoxenia conference centre.

The first prize was awarded to architect Theoni Xanthi from Greece, the second prize to Pedro Pitarch Alonso from Spain and the third to Paul Kaloustian from Lebanon.

Talking about the winning entry the president said it is “a proposal that will highlight a modern, timeless, public building/monument, which will be a reference point, having all the necessary technical facilities to maintain the invaluable works of Cypriot art.”

Winning architect Xanthi announced in May the proposal will focus on three thematic units – the prehistoric period, the island’s timeless relationship with the sea and Cyprus’ ancient city kingdoms.

“An archaeological museum protects memory and interprets the past, but is at risk of remaining idle as it deals exclusively with the past, thus requiring an injection of present time,” the winning team said.

“The museum’s location is in-between the city’s green and urban zones, so it has the ability to function as a unifying presence and contribute decisively to the revamping and upgrading of Nicosia’s urban environment.”

The new museum will be built on land opposite the House of Representatives which used to house the old Nicosia general hospital.

The museum’s elevated structures allow the ground-level to be freed up so that the city’s large public space can be accommodated.

“Starting with the central square, which will also tie in with the parliament building, it continues with the area outside the entrance, and a linear park alongside the Pedieos river will surround the library and the department of antiquities,” Xanthi said.

On the upper level there will be the main collection, a restaurant, temporary exhibitions and the library. A quieter and more protected outer areas will feature the laboratories. In the middle, a children’s educational garden is planned.

Accessibility, according to the architects, has been studied both with respect to bicycle lanes and ground-level and underground parking spaces, so that visitors, caterers and auxiliary services can approach unencumbered.

Construction is scheduled to start sometime next year.

The Cyprus archaeological museum has been at its current location, an old building close to the new site since 1909.