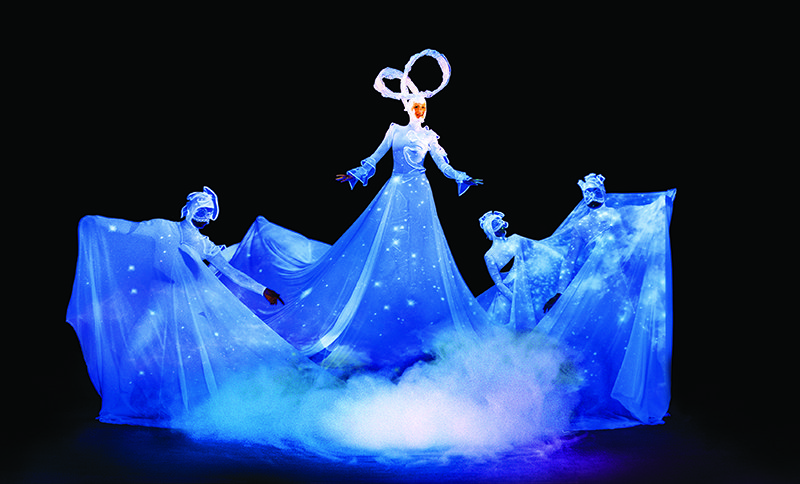 It’s not that we’re against festivals per se, but you can have too much of a good thing – especially when you’re trying your hardest to get back into work mode and it’s still all parties in the park, music in the mountains and beer by the briny. Thankfully, the annual Kypria International Festival is about as far from a Glastonbury love-in as you can imagine… This is no hippie hang out or riotous revel; though billed as a festival, it’s actually a pretty serious cultural happening which, since 1993, has been presenting “a variety of cultural events of the highest possible standard.”

“Throughout its 23-year history, the festival has always aimed at presenting Cypriot as well as foreign artists and ensembles of international acclaim, and putting on display high quality productions in various fields of the performing arts,” organisers explain. Past years have seen the eight-week event hosting dance works from the Rhine Ballet, the National Ballet of Cuba, and the Batsheva Dance Company; globally celebrated music ensembles (including English National Symphony Orchestra, the European Union Baroque Orchestra, and the Orchestra of the Academy of St Martin in the Fields); and theatrical performances from the National Theatre of Greece, the Greek Art Theatre of KarolosKoun, and even John Malkovich himself, in Infernal Comedy: Confessions of a Serial Killer.

Suffice to say, Kypria is pretty much the best of the best when it comes to festive happenings, and the organisers (The Cultural Services of the Ministry of Education) constantly strive to outdo themselves, with new approaches, acts and events. Which, this year, means a programme even more spectacular than usual…

Having begun on September 2, the programme runs until October 14, with oodles of events taking place in every major city (and quite a few villages) across the island. First up is a performance from Manolis Mitsias and Karyofyllia Karampeti, entitled Songs By Gatsos Which We Loved. Taking place this evening at Curium Amphitheatre, the event is billed as “a tribute to ‘the poet of the songs’ through which we will experience a pure musical journey in the history and culture of modern Greece.” The Untold Story of Women in Jazz is up next, on September 6 (Strovolos Municipal Theatre) and September 7 (Pattichio Municipal Theatre, Limassol), with a performance in which award-winning recording artist Alexia Vassiliou pays tribute to some of the greatest female voices of jazz through their more obscure songs, shedding light on who they really were.

Headlining on September 13 (Strovolos Municipal Theatre), September 14 (Pattichio Municipal Theatre, Limassol) and September 15 (Tala Amphitheatre), the three concert series Story of the Blues from local band The Zilla Project featuring Elias Zaikos and guests promises “a rich, fascinating and sentimental musical journey, taking the audience through various regions, eras and sounds of the Blues – a journey that began over a century ago and is still going strong.”

Building on its success in Athens and Thessaloniki, Nobel Prize winner Albert Camus’ Caligula (directed by Aliki Danezi Knutsen, and including a cast of 13 actors and original live music) will be presented at the Makarios III Amphitheatre on September 18 and 19, and at Curium on September 20. And following on in the theatrical vein, September 21 (Strovolos Municipal Theatre) and September 22 (Pattichio Municipal Theatre, Limassol) play host to David Mamet’s American Buffalo, in which the story of three men, one coin and a truly bizarre robbery unfolds.

Blending music, theatre and modern dance, Czech group The Image Theatre is set to present The Best of Image on September 22 and 23 (THOC Evis Gavrielides Auditorium, Nicosia) and September 24 (Pattichio Municipal Theatre, Limassol) in a “compelling performance by actors and dancers packed with mystification, precise execution of visual tricks, and playful authors.” And then we’re off to Canada with EM Productions’ [ID] DOUBLE on September 24 and 25 (THOC New Stage, Nicosia) and 27 (Rialto, Limassol) for dancer Laurie-Anne Langis’ interpretation of “a woman’s quest of identity, confronted by the tumult of her own contradictions.”

“Two hours of Stamatis Kraounakis playing the piano accompanied by five strong artists” should sate anyone’s musical appetite come September 28 (Strovolos Municipal Theatre) and 29 (Pattichio Municipal Theatre, Limassol), as the performance All As One presents “a fairy tale of life and a night of shared emotions.” And then we’re whisked off to Arizona by local theatre company Parasita Theatre Group at the end of the month (September 29 and 30, in the yard of Xenopoulos’ Shoe Factory next to the Kokkinotrimithia roundabout) for a play which sees “two middle-aged heroes facing not just the invaders of the desert, but also the wilderness of relationships, their consciousness and life.”

Kicking off a new month, the Mitos Centre of Performing Arts takes us Here and There on October 4 and 5 (Castle Square, Limassol) and October 8 (Faneromeni, Nicosia), in a play loosely based on the Chronicles of Leontios Machairas, in which “a travelling troupe tries to set up a play in town squares in order to entertain the locals.” On October 6 (Larnaca Municipal Theatre), October 7 (Strovolos Municipal Theatre) and October 11 (Rialto, Limassol) we’re taking a musical trip into the past with the Cyprus Symphony Orchestra in a celebration of their 30-year anniversary playing works from Beethoven. And then, all that remains of this magical series is a performance from the Vertigo Dance Company, an Israeli group who will be closing events on October 14 at the Pattichio Municipal Theatre with Yama, a piece which “explores the human ecological footprint, dependency and the capacity to regenerate.”

A superb cultural celebration from start to finish, the annual Kypria International Festival is about as far from a Glastonbury blow-out as one can imagine. And after a summer of glow-stick waving artistic expression, we’re certainly due a more serious festive experience: hosting the best of art, music, and dance from around Europe, Kypria will not disappoint!

The Kypria International Festival runs until October 14. For a full programme of events and bookings, visit kypria.org.cy

Film review: Valerian and The City of a Thousand Planets **