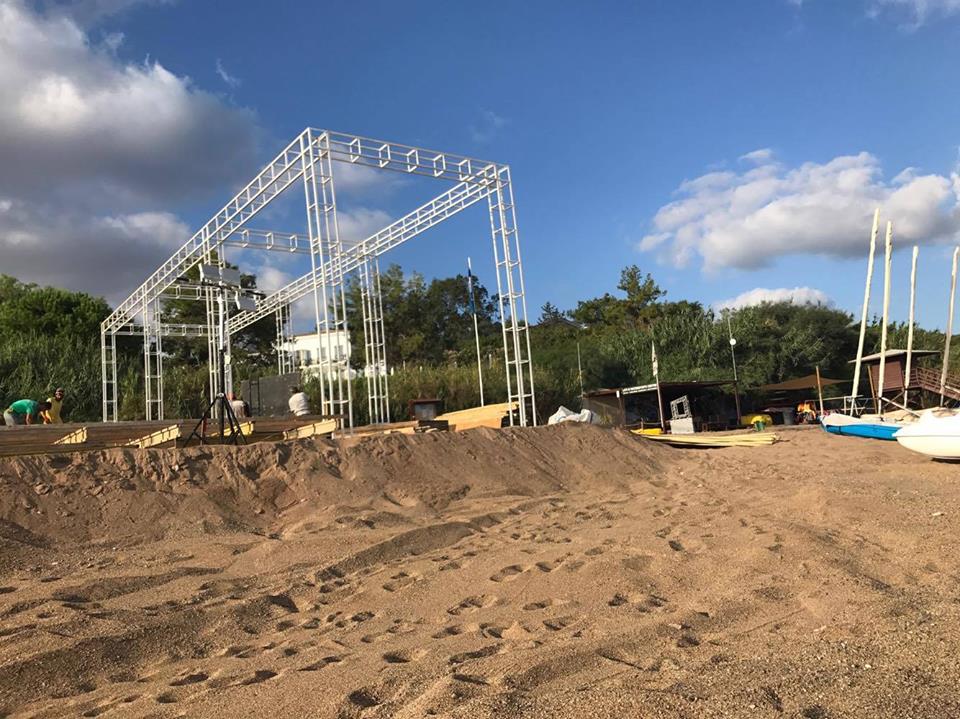 Preparations for a lavish wedding party on the beach at the Anassa hotel in Latchi, Paphos have been halted after authorities revoked the permit, the hotel’s management said on Wednesday.

High profile celebrities Christina Aguilera and Justin Bieber have been booked to perform at the wedding, which will now be limited to the hotel itself.

The move came after environmentalists flooded social media protesting that preparations for the party for a Russian couple were endangering turtles on the beach in Akamas which is in a Natura2000 protected area. The turtles and their breeding grounds are also protected.

After much furore on Tuesday, Agriculture Minister Nicos Kouyialis intervened ordering that all work on the beach was put to a halt.

The wedding is taking place on Thursday and will last three days.

Anassa hotel general manager Sebastian Wurst said they had ceased all work on the beach.

“We can confirm that no damage has been incurred to the environment by our actions,” he said.

The permit for the beach part of the three-day event was revoked by the agriculture minister after photographs were posted online which showed a bulldozer on the sand clearing and digging to prepare for the party, with turtles in the foreground.

Neo Chorio community leader Andreas Christodoulou said they would wait and see how the party would unfold.

He said a lot of money was being spent by a Russian for the wedding party and “even Christina Aguilera is going to be performing.”

The Anassa hotel had initially received the permit to host the party on the beach from the Paphos district office, in liaison with the Neo Chorio community council for €500, Christodoulou said.

Conservationist group Terra Cypria posted new photographs on Facebook on Wednesday that showed a deck had been placed on the beach and alleged that preparatory works were still going on despite Kouyialis’ announcement on Tuesday that that he had ordered any works at the beach to end immediately.

“For God’s sake the deck was there since Tuesday and it hasn’t moved an inch since the order.”

Furore did not seem to abate with people on social media then turning to twitter accounts of Aguilera and Bieber.

“Not welcome. Illegal hotel, illegal event, endangered species of sea turtles have you no heart?” one person tweeted to Aguilera.

“I don’t think Christina & Justin are to blame but I invite you to tweet @xtina and @justinbieber and ask them not to show up at this event,” one wrote.

Melanie Steliou, a former TV presenter, posted to the celebrities “if you perform on this beach you are just as responsible for this ecological catastrophe as the bulldozers.”

A twitter account with the handle @Aguileraupdate tweeted “Christina and her whole Team are in Neokhorio Paphos, Cyprus. They are set to perform at a wedding later this week.”

But Christodoulou said the case had taken on unjustly enormous proportions.

“It is a pity what is happening. We’re not barbarians we’re not trying to harm the environment,” he said.

“All the illegal things that happen in the area – people camping, people driving with their trucks and four by fours, people lighting fires here – is that not illegal? Does no one care about that? This is a shame and a disgrace.”

He also alleged that the initial photographs with the bulldozer were photoshopped to add the picture of the turtles.

The interior ministry’s announcement specified that the permit was revoked due to the use of “equipment that altered the sand” or in other words, the bulldozer.

It added the permit for the event had strict conditions that there would be no alterations to the beach.

An existing permit allows the Anassa hotel to have umbrellas and beds on the beach.

“The Paphos district office and the environmental department are in close contact and representatives will be visiting the scene today (Wednesday) to assess the situation and take necessary corrective measures,” the statement said.

Meanwhile, a fan account for Aguilera with the handle @aguileraupdate said “as fellow animal lovers we cannot approve the disturbance of turtle nests and we truly hope that the organisation of the said event does everything to avoid disturbance and damage of the nests.”

In March 2002 Cyprus was on the celebrity map big time, again involving the Anassa, when BHS tycoon and reveller Philip Green held a lavish three-day 50th birthday bash at the hotel, spending around €8.5m on what critics described as “an astonishing display of tasteless ostentation”.

Thousands of pounds were also spent on caviar, champagne and flowers for the 200 guests that Green and his wife Tina flew to Cyprus on a specially chartered plane from Luton in the UK. Confirmed guests included British television personality Jeremy Beadle, racing driver Stirling Moss, Prince Albert of Monaco and former page three girl Jilly Johnson. In addition, a host of caterers, hairdressers, and florists were flown in along with a 150-kilo birthday cake.

Making art out of nothing at all