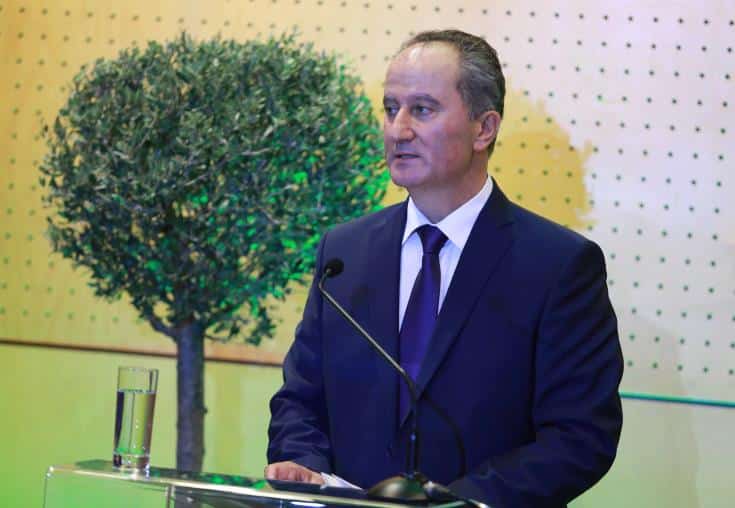 On Saturday, Stavros Malas formally announced his ‘independent’ candidature for the presidency of the Republic.

I admit that what I heard was entirely different to what I was expecting to hear. I was hoping that I would be listening to a leader who had responsibly assessed the problems confronting the country, who had already marshalled these problems in an order of significance and who had formulated practical and implementable solutions to these problems – solutions that have been subjected to close scrutiny and for the resolution of which he has already secured the necessary human and financial resources.

In general, I was expecting to hear something different to what we have been hearing up to now, from the political opportunists of the past.

Unfortunately, I have heard precisely what I did not want to hear – vague promises handed out generously, without any sense of responsibility towards those whose vote Malas must secure if he is genuinely committed to winning the race. Nice, big words without the slightest indication as to how the often contradictory and conflicting goals the presidential candidate has set for himself will be attained.

For example, this is what Malas said in connection with the economy: “Social inequality has widened. The gross total income of the country, in real numbers, is lower and real unemployment is higher, relative to 2012. The new government’s primary goal should be, on the one hand, to manage the ongoing impact of the economic crisis and, on the other hand, to create the conditions that will induce growth and prosperity for all.”

These are commendable targets, but Malas also needs to tell us how he intends to seek their attainment. To be frank, there is widespread concern amongst the voters, who are not political prisoners, that the vagueness of the promises given entails a real risk of seeing the tragic mistakes committed by the Christofias government being repeated.

In the course of his presentation, hestated that his presidency will provide generous development incentives. He also stated that you would be standing next to business people as well as next to workers. Next to the tourist industry, next to farmers, next to exporters, next to civil servants, next to public sector enterprises, next to pensioners.

Malas needs to clarify what all these undertakings really mean beyond an effort to caress the ears of voters. No, we are not interested in empty promises. What we are very keen to hear are specific and implementable proposals, which we will judge and, if they are good, we will vote for him, if they are bad, we will send him home.

Yes, everybody – or to be precise almost everybody – wishes to see a successful fight against corruption and complicity. How does he intend to attain this very difficult goal, which his predecessors consistently failed to attain? Does he realise that any attempt to combat corruption and complicity will force him into a confrontation with interests that are capable of crushing or forcing him to accept unacceptable compromises? To simply say that ‘a lot of things need to change and, in particular our way of thinking and our culture’ does not add much to what we already know. What we demand is to hear, in detail, his response as to how he is going to do it.

Finally, seeking a ‘just, viable and functional solution, which serves the interest of all Cypriots’ is the position of all those who are against the re-unification of Cyprus, by banking on the ‘creative ambiguity’ of the phrase. Was this phrase, used exhaustively as a way of avoiding any commitment as to what is the sought-after, attainable solution of the Cyprus problem, become the flagship of Malas?

He delivers these abstract promises but he must realise that they have limited practical value. Does he really believe that this is the approach that will secure his election?

Please allow me to say Mr Malas that if you are genuinely interested in becoming President of the Republic, you must take an honest and frank position on all the major problems confronting Cyprus. You must specify and prioritise your objectives and, above all, you must tell us how you are going to seek the attainment of the objectives you have set for yourself. This is what the non-partisan voters wish to hear.