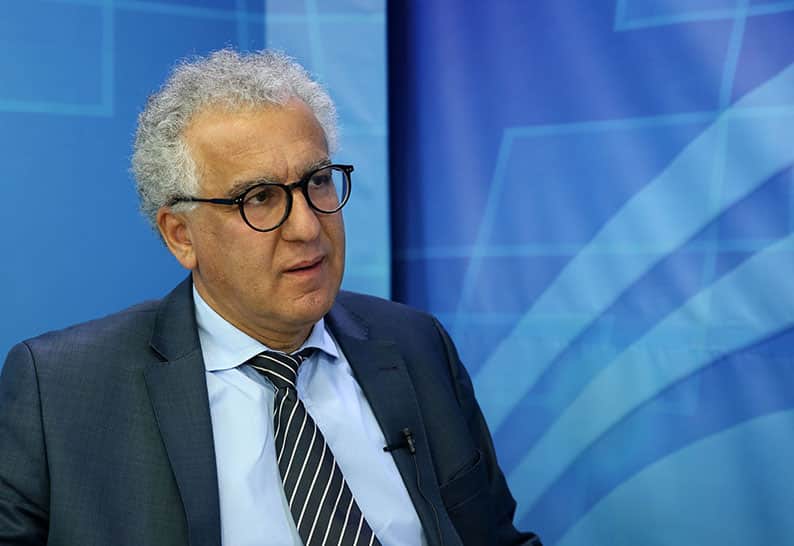 Akel-affiliated lawyer Argentoula Ioannou, whose dismissal University of Cyprus rector Constantinos Christofides implied had been the real reason behind the party’s recent attacks on him, accused him on Wednesday of having squandered public money on multiple occasions.

In an open letter to the rector, Ioannou joined the escalating row between him and Akel MP Giorgos Georgiou, who last week accused Christofides of squandering public money in having the university pay for his defence in private lawsuits filed against him personally.

Christofides responded with a long letter detailing each of the six lawsuits filed against him, which the school’s board found related to the execution of his duties as rector and thus the university should shoulder the cost of his defence. He implied that the real reason behind Akel’s assault was that the university decided to switch to another law firm in 2015.

“By decision of the University of Cyprus’ council, the university established a new arrangement of legal advice, thus saving a substantial amount relative to the cost thus far,” Christofides had said.

“The head of the law firm we ended our cooperation with was a member of Akel’s central committee and a former candidate with Akel for a seat in parliament.”

Ioannou’s law firm had been commissioned by the university as legal adviser from 2011 to 2015.

“It has come to my attention that, referring to our firm, you have described our cooperation with the University of Cyprus from 2011 to 2015 inappropriately, baselessly and misleadingly,” she said in her open letter.

Ioannou claimed that her law firm had advised Christofides against purchasing new software licences in specific instances, “explicitly arguing that the university was under no obligation to purchase them, and that this would expose the university to charges of squandering public money”.

“Despite our legal opinion, at a meeting with the software company you conceded the university’s ‘moral obligation’ to purchase the licences,” she said.

“I remind you that various other university officials concurred with our view. Despite your appeals, I explained that I could not alter my view, which had been based on the signed contracts.”

The licences, Ioannou claimed, ended up costing UCy about €195,000.

“Worst of all was that, despite our opinions to the contrary, you accepted the signing of a new contract, unnecessarily, without nullifying the first one, on worse terms, despite the cautionary note we had sent you regarding the new contract,” she pressed.

Ioannou also challenged Christofides’ claims that switching law firms in 2015 was done to save money.

“We never received a response to the question of why you didn’t maintain the cooperation with our firm, which had been cheaper, and, above all, why you didn’t invite tenders, per the attorney-general’s recommendation, so that other law firms, including ours, could submit bids?”

Making art out of nothing at all

Vandeweghe knocks out world No.1 Pliskova