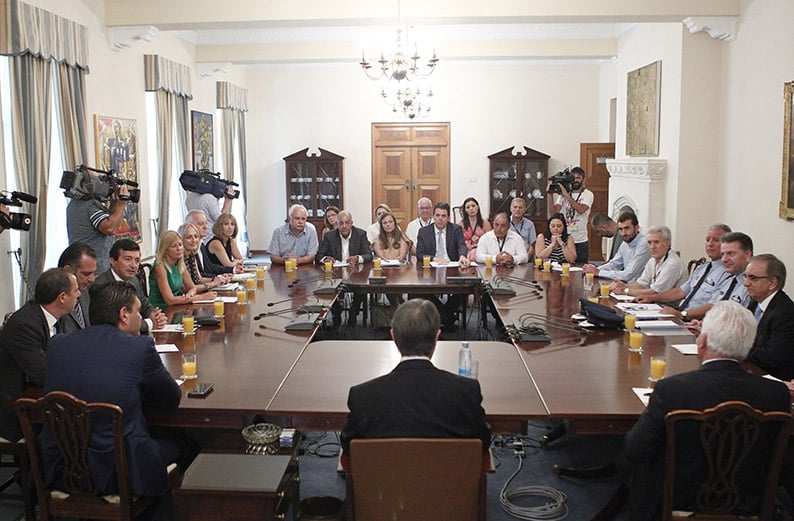 We were given a demonstration of the comical way in which the government takes important decisions last Friday. A meeting at the presidential palace attended by the president, three ministers, the mayor of Strovolos and a delegation of Tseri Avenue shopkeepers decided that plans for the widening of the avenue should be scrapped and new ones drafted. This was what the mayor and the shopkeepers wanted and, with elections five months away, the president granted their wish.

The contracts for turning this very busy, village-type road into a four-lane avenue have already been signed but will now have to be cancelled at significant cost to the taxpayer because the shopkeepers opposed its construction and they had the support of all the opposition parties. The parties, pressured by the protesting shopkeepers, voted against the expenditure item on the construction work in the state budget, thus blocking it.

The fear of losing a few hundred votes determined the position of the parties.

It was irrelevant that the existing, much-used road – narrow, always congested, without pavements, badly lit at night, anarchic parking on its sides – is dangerous for pedestrians, even according to Strovolos mayor Andreas Papacharalambous, who opposed the new plans. Long queues and traffic jams are a permanent feature of Tseri Avenue, which was why the government decided to widen it to four lanes. Traffic is certain to increase over the next 10 years and the existing road will become unsuitable.

The technocrats did all the necessary preparatory work, tenders were invited and contracts awarded.
After Friday’s meeting at the presidential palace, it was decided that Tseri Avenue would remain a two-lane road, but pavements and cycle paths would be included in the new road plans, that would have to be made from scratch. Plans for easing congestion and making the life of tens of thousands of road users a little easier were scrapped because a couple of hundred shopkeepers wanted to protect their businesses and the president, with his eyes on re-election, felt duty-bound to satisfy them.

The same thing happened some 25 or more years ago when the government decided to expand Strovolos Avenue to four lanes. All the shopkeepers protested wanting to keep the two lanes and dirt track on its sides so that their customers could park outside their shop, but they were ignored by the government because a four-lane road was needed to ease the traffic queues. If the government at the time had given in to the shopkeepers, the traffic chaos today would be unmanageable. Interestingly there are still shops all along the sides of Strovolos Avenue.

Friday’s decision by President Anastasiades was scandalously short-sighted and irresponsible because he opted for a two-lane Tseri Avenue, knowing very well that in 10 or 20 years’ time the taxpayer would have to pick up another bill for it to be expanded to four lanes.