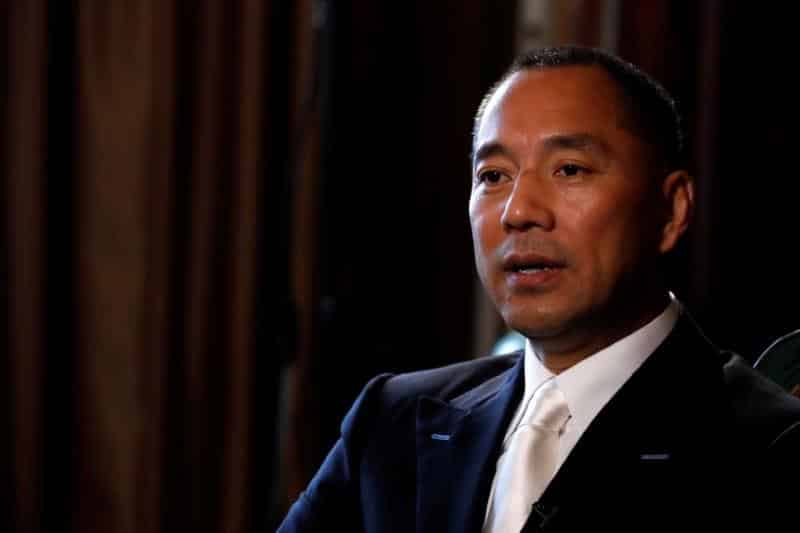 Guo Wengui, an exiled Chinese billionaire who has accused some of the most senior officials of China’s Communist Party of corruption, has applied for political asylum in the United States, his lawyer said.

Thomas Ragland, a Washington-based lawyer, said Guo, who lives in New York and is in the United States on a tourist visa expiring this year, applied for asylum on Wednesday because he feared his accusations had made him a “political opponent of the Chinese regime”.

“This step was taken because of his very real concerns of his safety and risks he would face from the Chinese regime because of his videos, his Twitter posts, the things that he’s said and written,” Ragland told Reuters by phone on Thursday.

Guo, who is also known as Miles Kwok, did not immediately respond to a request for comment.

Chinese foreign ministry spokesman Geng Shuang said he was unaware of the situation when asked about it at a daily news briefing in Beijing earlier on Thursday.

Guo, who left China in 2014, has emerged as a political threat to China’s government in a sensitive year, unleashing a deluge of corruption allegations against high-level officials of the ruling party through Twitter posts and video blogs.

The businessman has made it clear that he wants to disrupt an important Communist Party congress, which is held every five years and due to begin on Oct 18.

Despite providing scant evidence to back up his accusations, Guo’s standing as a formerbillionaire insider with ties to senior intelligence officials has meant his online video streams and prolific tweeting command attention, as well as the ire of Beijing.

Interpol issued a global “red notice” for Guo’s arrest in April, at Beijing’s request, while articles in China’s state-controlled media have accused him of crimes including bribery, fraud, and embezzlement. Guo denies the accusations.

Guo is also being sued for defamation in the United States by several Chinese individuals and companies, including the HNA Group conglomerate.

Ragland said Guo feared that China could soon file criminal charges against him that were politically motivated and request American authorities to cancel his visa.

Filing an application for asylum, Ragland said, triggers protections both under US and international law that would allow Guo to remain in the country for the duration his application was being processed, the national average for which is two to three years.