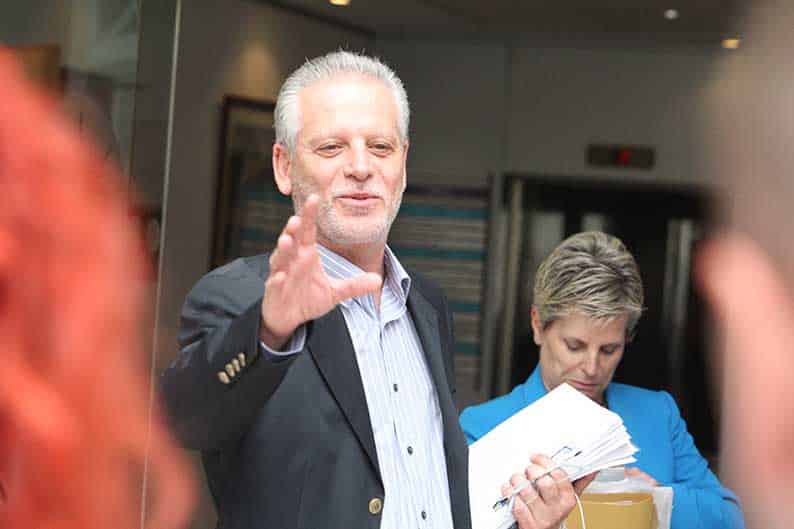 Members of parliament were quick to defend on Wednesday the ample protection that legislation offers public officials required by law to publish their capital statements.

Comments have been mixed since Monday, when 75 public officials including the president, his 11 ministers, 56 MPs, six MEPs and the undersecretary to the president were required by law to publish statements of their wealth and funds on the parliament’s website.

The legislation, passed in 2016, does not provide for any penalties to be imposed on any of the 75 public officials if they do not submit a capital statement.

Bizarrely, even though the statements are signed, they do not face a penalty if they submit false or misleading information about their assets, a report in Phileleftheros said.

Anyone is allowed to file a complaint against any of the 75 public officials if they believe the statements are false, however, a penalty is imposed if that complaint is filed  ”fraudulently, maliciously or with inexcusable negligence”.

The sentence against the criminal offence can carry up to one year in prison, up to a €3,000 fine or a combination.

Asked if this would deter individuals from filing any reports, Edek leader and MP Marinos Sizopoulos, who sits on the House committee for capital statements, told the Cyprus Mail that the legislation was in place that way so as to ensure people would file reports only when they had concrete proof.

“We can’t have 50, 60 reports against public officials without any data to support it,” he said.

If any reports filed against capital statements which are confidential in nature were made public, this could carry a six-month prison sentence, a fine up to €2,000 or a combination.

One MP who did not wish to speak on record said although the concerns were understandable, the legislation was drawn up that way to stop political opponents from trying to smear each other without concrete evidence.

House president Demetris Syllouris earlier this week took issue with the way media had reported on the capital statements, saying journalists opted for headlines conveying the wrong messages such as who was richer, rather than the essence of the matter which was that Cyprus had taken a step that not many EU countries had taken by making capital statements public.

Speaking to the Cyprus Mail on Tuesday, Syllouris, who heads the House committee on capital statements said “it is not our job to analyse the law but to implement it.”

Asked if it needed to be properly analysed so it could be correctly implemented, Syllouris said if there was any issue with the current legislation they would discuss it in the committee and he would have no problem seeking the professional opinion of the attorney general.

Commenting on the lack of penalties, Syllouris said the legislation outlined that if an MP was found to be in the wrong over their capital statements, as House president he would decide a course of action that should be taken against them.

Sizopoulos said the public wrath against anyone who was exposed to have lied in their statements was punishment enough.

Nevertheless he added the legislation should be reviewed and if transparency was the goal “then if we do it, we should do it right.”

“What’s stopping me now from transferring my assets to my children or spouse. I could even transfer them to my parents and then they can transfer it back to me and call it inheritance.”

Public officials were exempt from citing assets and income of their spouses and children but will be required to do so in the future. The data however will not be published after the supreme court ruled it would be an invasion of privacy.

“It’s not capital statements we should be worrying about, it’s income tax statements that should be made public,” Sizopoulos said.

Our View: President’s strange obsession with the ‘whole truth’