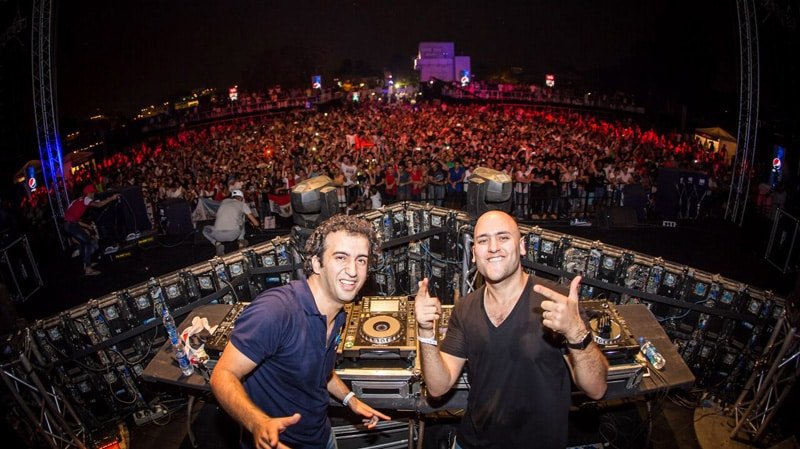 The party slogan on our island used to be ‘I say Ayia, you say Napa,’ but with Limassol spinning so many danceable beats, we could say that the slogan could be changed to ‘I say beach party, you say Guaba.’

Yes, August 2017 may be a thing of the past but don’t put away your glow sticks just yet as Guaba Beach bar is still reeling in the international talent to provide us with its famous party Sundays.

This Sunday the Egyptian trance duo Aly & Fila will be back at Guaba to give us five hours of electrifying music and energy.

The duo is the single most successful group to have emerged from Egypt. Aly Amr Fathalah and Fadi Wassef Naguib may be on the up and up, and they may be a global name, but they never forget that it’s the fans who have put them where they are. The duo celebrated reaching the 400th episode of their weekly internet radio show Future Sound of Egypt by hosting eight global parties. Over 40 international DJs and producers played at the events in Egypt, USA, Australia, Poland, Argentina, Guatemala, Mexico and Belarus.

The boys made history during this tour by becoming the first-ever electronic music artists to perform at the Great Pyramids of Giza in Egypt.

Since then the duo has not stopped releasing single after single, and watching each one become a smash hit. This year started off with a bang as Aly & Fila were voted number one DJ and number one producers at the 2016 Trance Podium Awards.

Orphanides case back in court