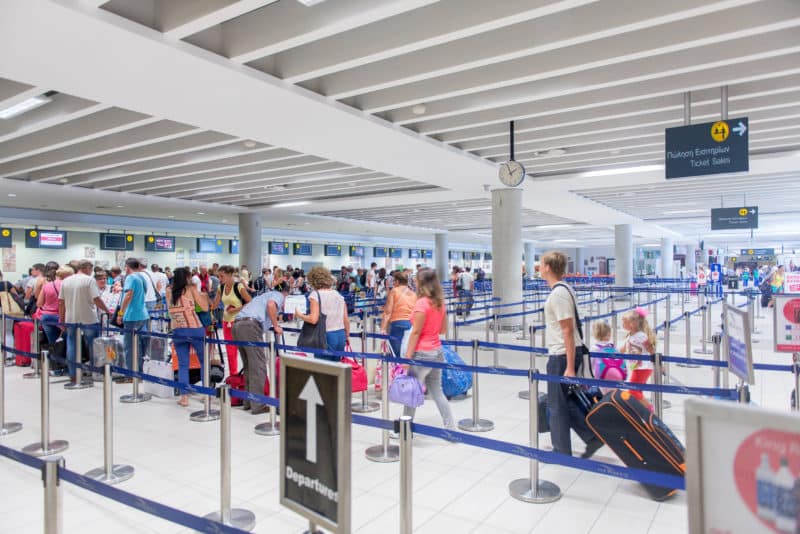 Transport Minister Marios Demetriades said that Larnaca and Paphos airport operator Hermes Airports and the ministry of transport, communications and works are considering plans to expand their infrastructure to cope with increased passenger traffic.

While both airports are at present still in position to service travellers, should it be deemed necessary all steps to extend infrastructures will be taken, Demetriades said according to a statement on the website of the Press and Information Office on Thursday.

The minister, who was commenting following the signing of a new agreement with Hermes regulating incentives offered to airlines, said that the government’s revenue from the operation of the two airports has been rising every year mainly on increased traffic.

The incentive scheme aiming at attracting airlines to the two airports, had been particularly successful and led to an increase in traffic which in turn helped the economy, he said.

Directly or indirectly, tourism accounts for roughly a quarter of the Cypriot economy which emerged in 2015 from a prolonged recession and expanded last year 2.8 per cent. Arrivals rose last year 20 per cent to 3.186.531 which was an all-time high and the trend continues well into 2017 with arrivals rising 15 per cent in the first seven months of the year to 1,994,236.

The increase in passenger traffic at both airports prompted Hermes to advise travellers to show up at the airport at least two hours ahead of scheduled departure during the summer holidays in which traveller traffic peaks. It often led to traffic jams caused by cars delivering to or picking up passengers from the airport.

Hermes completed the construction of the new Larnaca airport in 2009, a year after doing so in Paphos.

Demetriades who oversaw the commercialisation of the Limassol port, the single success story of the government’s privatisation programme agreed with international creditors in 2013 in exchange for a bailout, said that the agreement with Hermes has proved that this type of agreements is of benefit for the state.
He added that the Limassol port saw its productivity increase 50 per cent in the first six months of its operation under the new status, under consortiums led by EuroGate and Dubai Ports.

“When you assign projects to companies and organisations of major outreach such as Hermes Airports and the companies offering services at the Limassol port, the benefit for the state and the island’s economy is guaranteed,” he said.