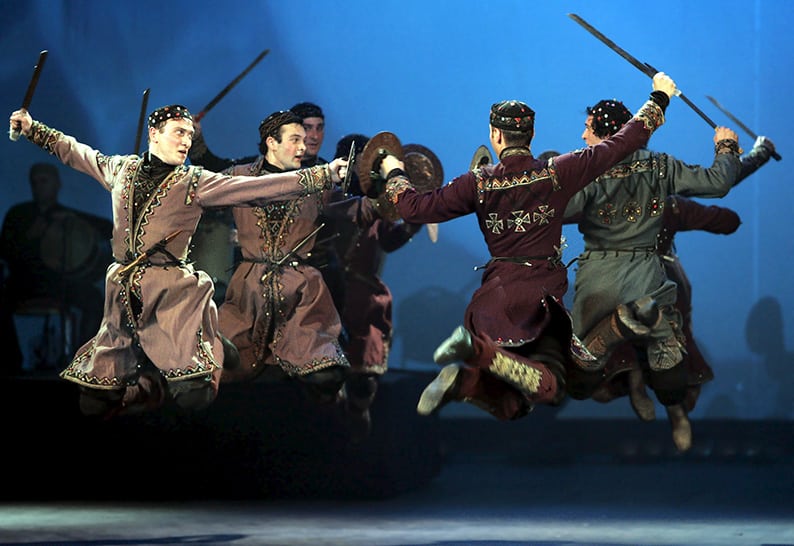 This year Georgia and Cyprus are celebrating 25 years of diplomatic relations, and I think we have achieved substantial progress in forming excellent political, economic and cultural cooperation in this time.

But there is always room for improvement. After all, the more we do, the greater the opportunities that arise.
Historical and cultural ties between Cyprus and Georgia have always been strong. One of the best examples is the mediaeval Georgian Orthodox monastery in the Paphos district. The duty of our generation is to revive these ties and give them a new impetus.

I’m extremely proud of taking part in this endeavour. Last year we initiated the Georgian Culture Festival which was held in Nicosia and Limassol. This year we have added the beautiful city of Paphos as well.

The highlight of the festival is the National Georgian Ballet – the Sukhishvili – which I consider to be the best ambassador for Georgian culture. With incredible energy and grace, they represent both ancient and modern Georgia.

Another highlight will be the Georgian State Pantomime Theatre which presents the peculiarity of Georgian culture in a very unique and interesting way. The performances will take place on September 13 in Limassol Municipal gardens, on September 14 in Ancient Odeon Paphos and on September 15 in Skali Aglantzias Nicosia.
The deepening economic ties between our countries is especially positive.

In 2016, Cyprus for the first time appeared in the list of top ten investors in Georgia. We have witnessed significant growth in visitor numbers from Georgia to Cyprus and vice versa. Political relations are also thriving, particularly in recent years, leading to what I describe as full political understanding.

We are especially grateful for Cyprus’ support in the rapprochement process between the EU and Georgia, specifically during the conclusion of EU-Georgia Association Agreement, including the Deep and Comprehensive Free Trade Area (DCFTA), that has taken our relations to a qualitatively new level. We will never forget Cyprus’ support for Georgia’s visa liberalisation, which is another success story.

For our part, we have done a remarkable job in modernising and reforming our country, but more needs to be done. The support of our European friends, among them Cyprus, is essential and I am glad that I can count on it.

We have chosen European integration because it is a natural path for us. Recent polls have shown that 90 per cent of the Georgian population supports joining EU.

In the context of our European plans, one of the most important upcoming events is the Fifth Eastern Partnership Summit that will take place in Brussels in November 2017.

Here, I would like to express my country’s huge gratitude to Cyprus for supporting Georgia’s territorial integrity. And, for our part, we support a rapid political solution to the Cyprus problem and all the efforts aimed at reunification.

Revaz Lominadze is the Georgian ambassador to Cyprus