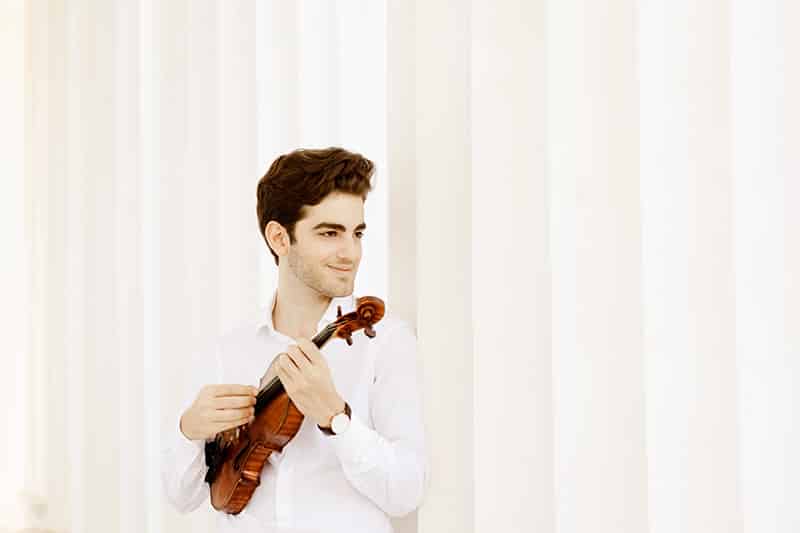 The Pharos Arts Foundation will continue its new season of music on Friday with a solo violin recital by Emmanuel Tjeknavorian. The violinist’s return visit to The Shoe Factory in Nicosia will mark the beginning of an extensive tour in some of Europe’s most prestigious venues, including the Musikverein in Vienna, Concertgebouw in Amsterdam, Philharmonie in Luxembourg and the Barbican in the UK, where he will perform the same programme – works for solo violin by JS Bach, Ysaye, Prokofiev, Enescu, Ernst and Ehrenfellner.

Tjeknavorian has achieved international acclaim since 2015 when he participated in the Jean Sibelius Competition and won Second Prize as well as the Award for Best Interpretation of the Sibelius Violin Concerto with the Helsinki Philharmonic Orchestra.

The 22-year-old violinist from Vienna grew up in a family of musicians. He received his first violin lessons at the age of five and made his first public appearance two years later. Since 2011 he has been studying with Gerhard Schulz, formerly a member of the renowned Alban Berg Quartet, at the University for Music and Performing Arts Vienna.

Apart from the Sibelius Competition, Tjeknavorian has won numerous prizes at international music competitions such as the Fritz Kreisler Competition (the first Austrian in the history of the competition to have won a prize), the Johannes Brahms Competition and the Eurovision Young Musicians Competition, which was broadcast throughout Europe as part of the opening ceremony of the Vienna Festival.

Highlights of the current season include engagements with the Vienna Symphony, the Frankfurt Radio Symphony at the Easter Festival Warsaw, the Bruckner Orchestra Linz, the Camerata Salzburg and the Bogota Youth Philharmonic Orchestra. The violinist has been selected to participate in the Rising Stars series of the European Concert Hall Organisation during the 2017/2018 season. Forthcoming engagements include recitals at the Rheingau Music Festival, the Andermatt Classics, the Menuhin Festival Gstaad and the Festival Mecklenburg-Vorpommern’s cycle “young elite”. In 2018, Emmanuel Tjeknavorian will be part of the Orpheum Foundation and will make his debut with the Tonhalle Orchestra Zurich under Michael Sanderling.

Le Pen seeks to bill herself as Macron’s main opponent

Chelsea roll on with 2-1 win at Leicester