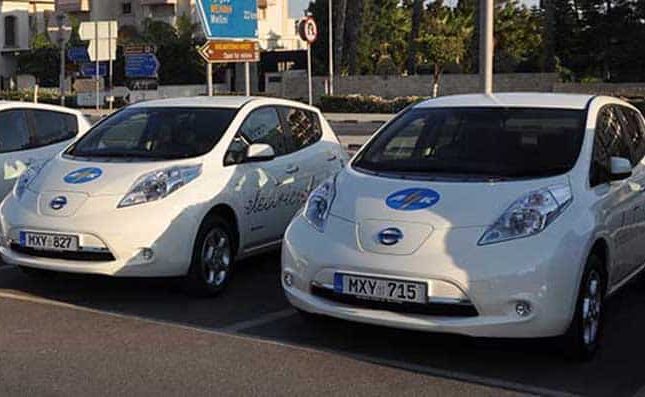 The electricity authority proudly announced in August that they have purchased six electric cars in a bid to reduce carbon emissions.

And at a first look the numbers are indeed impressive. According to information by the authority, the six cars save 3,096 litres of liquid fuel per year, and emissions drop by 5.52 tonnes.

The engineers explained how they calculated this amount, and it makes sense. It turns out, however, that one crucial calculation is missing – how many carbon emissions it takes to produce the energy required for charging the six electric vehicles, which are powered through the main grid.

Their analysis is specific as far as it goes. The engineers didn’t just compare their new cars to any average car, but to petrol cars similar to the Nissan leaf model and Ford Fiestas, which are also new. They also took into account how many kilometres the average car belonging to the company travels per year.

This helps when calculating the savings in petrol. Comparing the electric cars to the Ford Fiesta 1.5 saloon which uses 5.16 litres per 100 kilometres, they estimated an average car in their possession travels around 10,000 kilometres, meaning the six cars have indeed a saving of 3.096 litres.

The emissions can also be calculated. The CO2 emissions of the Ford Fiesta are 92 grammes per kilometre, which are multiplied by the amount of kilometres and the number of vehicles, thus adding up to 5.52 tonnes per year.

So far, so good. But those six electric cars need charging and that takes electricity, and Cyprus’ electricity is largely powered by oil and oil means high carbon emissions.

When one considers the amount of carbon emissions for 2016, which the authority says is 0.00074 tonnes per kW/h, an engineer and expert in renewable energy sources came up with the figure of 6.669 tonnes per year for the 10,000 kilometres of travel. And that is way more than the emissions saved by the purchase of the new cars in a year.

According to the electricity authority, however, this last calculation is not that easy to make. “Every day our transmissions operator decides on a different combination of energy sources, and the amount of crude oil, renewables and gas oil varies,” spokeswoman of the EAC Christina Papadopoulou said, “how can somebody calculate the amount?”

The company also pointed out that its engineers have calculated the saving of emissions using the example of new cars. Older models emit more than the 92 grammes used for the calculations, thus the savings may well be more than 5.52 tonnes.

According to EAC engineer, Marios Papouttis, the emissions for the electricity generation will get less over time. While only 9 per cent of electricity is currently produced by renewable energy sources, this this percentage will increase considerably in the future.

Even having this in mind, electric cars are certainly not yet those wonderfully clean machines so often claimed in many countries where they tend to be hailed as the answer to all that is bad about cars.

As EAC chairman Andreas Marangos said when announcing the acquisition of the authority’s electric cars, increasing their numbers is an international trend. In Europe, he said, France and the UK have already announced timeframes concerning the exclusive use of electric cars.

But their benefit is being questioned by some. In an article published in August popular German magazine Der Spiegel said that the new technology can as yet not even start to meet expectations.

Problems, the article claims, start with the production of the batteries which are fitted into the vehicles.

“Under the current production conditions per storable kilowatt hour (kWh) up to 200 kilos of carbon dioxide are produced. Under the current capacities that’s between 3.7 and 20 tonnes. A modern diesel car has gone 150,000 kilometres already before this is reached.”

“Battery cells are not only extremely heavy and expensive, their production also eats up an enormous amount of energy,” a recent study by Swedish environmental institute IVL echoes.

The technology is also, for now, expensive and the cars are either heavily sponsored by governments or simply expensive to buy.

An appropriate infrastructure is also lacking. The lack of charging stations is problematic in many countries. In Cyprus, the existing 18 charging stations don’t come anywhere near the convenience the hundreds of petrol stations on the island provide. There are 100 of them in Nicosia alone.

Plus, the picture will change for the better. Engineers around the world are working on making batteries with a bigger capacity which are also less bulky and heavy, and which also cost less.

Though the technology of petrol cars has been pretty much improved as much as possible, the future of electric cars has just begun.

Until it does change though, perhaps we should take any reports of the vehicles being a great source of environmental protection with a pinch of salt.