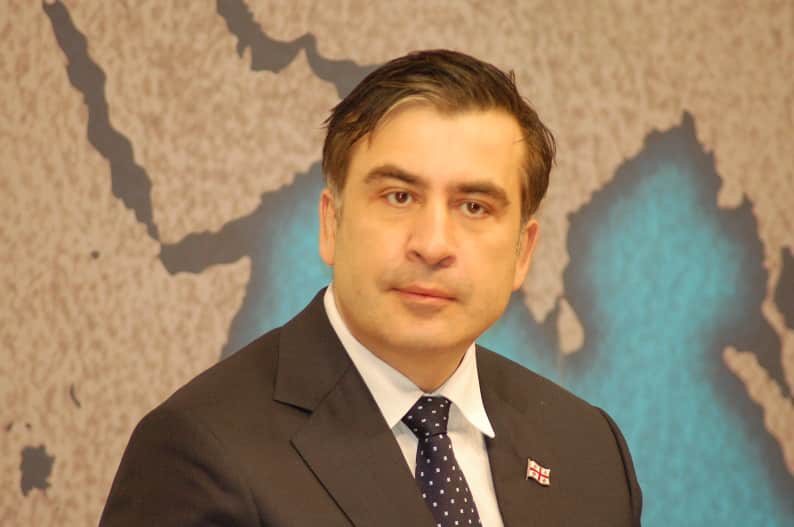 Former Georgian president Mikheil Saakashvili and a crowd of supporters barged past guards to enter Ukraine from the Polish border on Sunday after a prolonged standoff between Saakashvili and the Ukrainian authorities.

Amid shouts of “victory” and “glory to Ukraine“, Saakashvili returned to Ukraine despite being stripped of Ukrainian citizenship by his one-time ally, Ukrainian President Petro Poroshenko, and facing possible arrest and deportation.

Poroshenko invited Saakashvili to be a regional governor to help drive reforms after protests in 2014 ousted a pro-Russian president in Kiev. But Saakashvili quit as governor of Odessa in November, accusing Poroshenko of abetting corruption.

Thousands of Saakashvili’s supporters gathered on the border on Sunday while prominent lawmakers, including former Ukrainian prime minister Yulia Tymoshenko, travelled with him from Poland.

Saakashvili had tried to cross the border by train but the train did not leave its station in the Polish town of Przemysl. The woman in charge of the Ukrainian train said she had been ordered by the authorities – she declined to specify whether Polish or Ukrainian – to stop the train leaving until Saakashvili got off.

He then travelled by bus to the border and was stopped by guards who sealed off the area, causing a tailback of vehicles. Supporters pushed their way through and escorted him across.

“I came with my Ukrainian passport, I wanted to show my passport and make a statement,” a triumphant Saakashvili told supporters after crossing. “Instead, the authorities arranged this circus.”

Poroshenko’s spokesman did not respond to a request for comment.

“The crowd broke through the Shehyni checkpoint,” Oleh Slobodyan, a spokesman for the Ukrainian border service, wrote on Facebook. “The fight started. It’s hard to predict the consequences of this situation.”

A statement by the border service said several police and border guards were injured during the clash and said a group of people, whom it did not name, had crossed the border illegally.

Saakashvili took power in Georgia after a peaceful pro-Western uprising, known as the Rose Revolution, in 2003. The 49-year-old is now wanted on criminal charges in Georgia, which he says were trumped up for political reasons.

Loathed by the Kremlin, Saakashvili was once a natural ally for Poroshenko after Moscow annexed Ukraine‘s Crimea region in 2014. But he has become one of the Ukrainian president’s most vocal critics, casting doubt on the Western-backed authorities’ commitment to tackle entrenched corruption.

Saakashvili has accused the Ukrainian authorities of using pressure tactics to deter him from returning to Kiev, where he has launched a campaign to unseat Poroshenko.

Speaking to reporters earlier in the Polish city of Rzeszow, Saakashvili said Poroshenko viewed him as an “existential threat”.

“It looks like he is getting rid of a political opponent and no matter how many times he says that I am not a danger to him, every action of his shows exactly the opposite, that he regards me as a great and immediate danger,” he said.

Large quantity of cigarettes and tobacco seized by customs