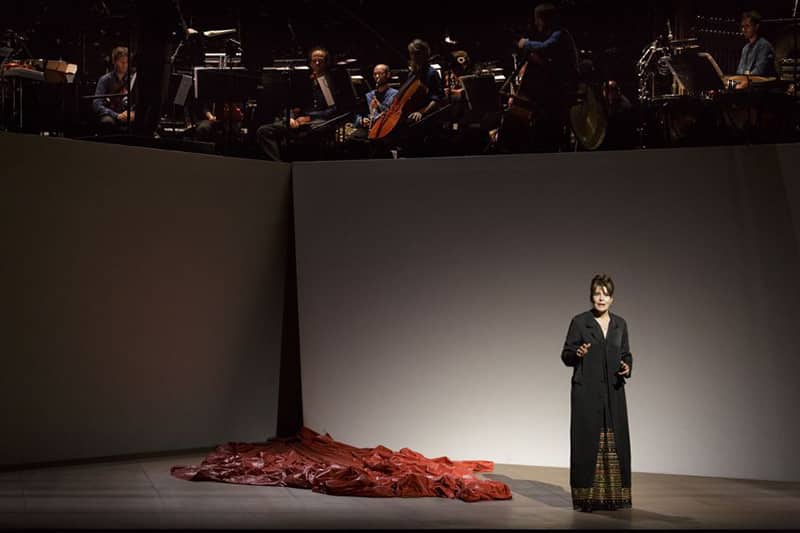 Paphos has been built around myths and history and now with the events of the European Capital of Culture Pafos2017 mythology takes centre stage.

On Saturday the mythological figure of Cassandra will tell her tale at Paphos Castle Square. The role will be taken on by renowned French cinema and theatre actress Fanny Ardant, as Cassandra only has an hour left to live. Within this hour, the musical performance will give the prophet the chance to tell all, to share with the audience the suffering she endured as a child, as a lover, as a prisoner and as a woman. She is no longer interested in warning people about the fate that awaits them, nor does she want to become a heroine. Rather she wants to raise her voice, even though she knows that Apollo’s curse will prevent her from being heard. She wants to give her story substance.

The spoken opera Cassandre is based on the novel by Christa Wolf with music by Michael Jarrell and directed by Herve Loichemol. In his attempts to adapt the novel for a musical stage production, Jarrell said that as an opera it just didn’t work. “There’s no reason left to sing,” he thought. The composer instead decided to call on Schonberg’s idea to say, act, and sing all at once.

The Commandaria Orchestra will also participate in the performance – which is being co-organised with the Embassy of Switzerland – under the direction of Francis Guy.

There will be free transport from Nicosia and Limassol. The bus will leave Nicosia from the Cyprus Handicraft Centre at 6pm and at 6.30pm from Jumbo, Limassol. To reserve your place on the bus call 99-639256.