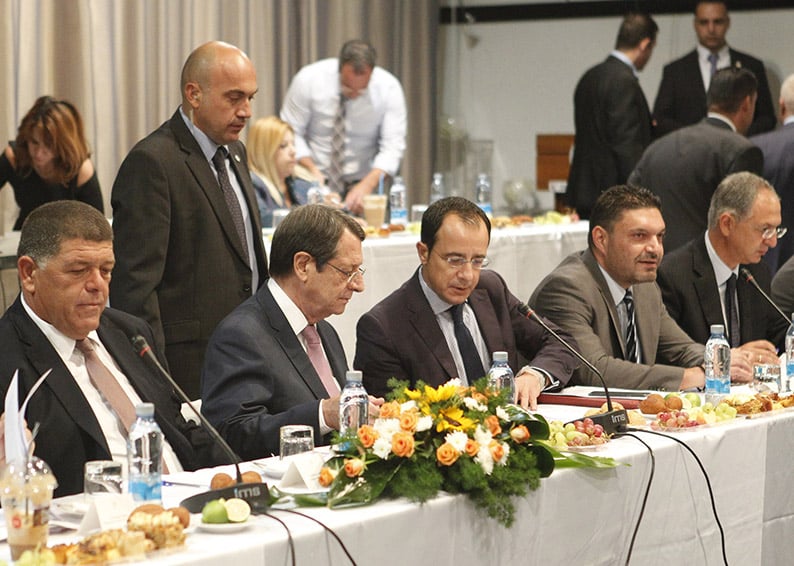 President Nicos Anastasiades on Monday pledged new government-funded projects of around €35 million for the Famagusta district.

Following a meeting with mayors, local council leaders, MPs and other officials from the district, Anastasiades said that €32.2 million was spent for projects in the area from 2013 to 2016, while the 2017 budget included €23.3m.

“Through cooperation between the government, parliament and social partners, and through the sacrifices of the Cypriot people, we have managed to restore the credibility of the state and the financial system, and create conditions of stability and growth rates ranking among the highest in the European Union,” the president said in a speech.

The announcement followed similar pledges made in June for the Paphos district, for new projects worth €60m, and in July for Larnaca and Limassol, at €70m each.

Among the new projects announced on Monday, Anastasiades pledged €3.2m for the refurbishment of the Paralimni high school and the extension of the Ayia Napa public primary school, and €300,000 for the maintenance and upgrading of the bicycle lanes from Ayia Napa to Cavo Greco.

The upgrading of the Derynia-Sotira road, Anastasiades said, will cost €11m.

He referred to the cabinet’s July decision for the government to shoulder municipalities’ government-guaranteed loans, which is expected to rid Famagusta local authorities of “loans totalling €8.2m”.

In addition, the president said he was “particularly satisfied” with the progress of “one of the largest investments that will substantially boost tourism regionally”, namely the Ayia Napa marina, and added that “plans to develop marine tourism are supplemented by the Paralimni marina, the cost of which is estimated at €100m”.

Anastasiades said he would be “particularly happy if we, as a government, could afford to grant all the requests submitted by municipalities or local councils”.

“But I am certain that no one is ignoring what the economic situation was when we took over the government, and to what extent we responded as soon as was possible to the multiple problems facing our municipalities and local councils,” he said.

Reviewing the projects undertaken for the district’s municipalities since 2015, Anastasiades listed the building of the Famagusta District Court in Paralimni, at €5.5m, the upgrading of the Paralimni technical school at a cost of €2.3m, and the construction of a sports arena by the Paralimni municipality, which required €1.5m.

With regard to local communities, Anastasiades listed the restoration of the fishing shelter at the Liopetri river, at a cost of €5m, the improvement of Karion avenue in Avgorou, a €4.3m project, the construction of a multi-purpose hall at the Avgorou elementary school for €330,000, and the creation of the Achna public kindergarten at €344,000.

Famagusta’s local government officials welcomed Anastasiades’ pledges and noted that the government is finally viewing the district – part of which has been Turkish-held since 1974 – on a par with the rest of the districts.

“Staying the course since 2015, when Famagusta was first acknowledged as an equal to the others, is particularly pleasing for us,” said Paralimni mayor Theodoros Pyrillis.

“There are delays and minor issues, but we choose to see the big picture, which is the projects coming to the district, particularly the Ayia Napa and Paralimni marinas and the road networks in the district. We feel that we are drawing breaths, comparing how we were treated over the last four years relative to the previous 40.”

Pyrillis said he hopes that Anastasiades will continue his work by “solving the Cyprus problem, so that we can return to our beloved metropolis”.