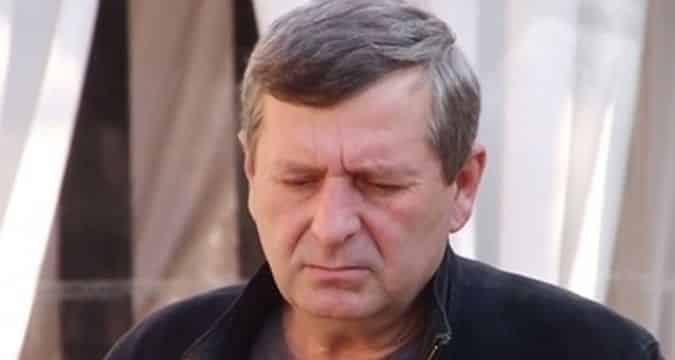 A man who led protests against Russia’s plans to annex Crimea from Ukraine was jailed for eight years in the disputed territory on Monday – a move Ukraine’s president called an act of Russian repression.

Crimean Tatar leader Ahtem Chiygoz was found guilty of stirring up mass disorder by calling street demonstrations in February 2014 against a referendum which later sealed Russia’s seizure of the peninsula.

Prosecutors at the court in Simferopol – the capital of Russian-controlled Crimea – said two people died in the unrest.

Ukrainian President Petro Poroshenko said the jailing of Chiygoz added to the case against Russia which had already been “recognised as an occupier at the highest international level.”

“One can unlawfully confine someone’s freedom, but it’s impossible to break the will! You may occupy foreign land, but it will burn under your feet,” Poroshenko said on Twitter.

Mejlis head Refat Chubarov, who fled Crimea after its annexation, called the sentence “a new attempt to intimidate Crimean Tatars and suppress their will”.

The Crimean Tatars are a largely Sunni Muslim group who suffered mass deportation under Soviet dictator Josef Stalin in 1944 and make up more than 12 per cent of Crimea’s largely ethnic Russian population of about 2 million.

Many of them were among the strongest critics of Moscow’s March 2014 annexation of Crimea, which has drawn sanctions on Russia from the United States and Europe.

Kiev and its Western allies say the seizure was illegal. But Russian President Vladimir Putin justified it, saying he needed to protect its overwhelmingly pro-Moscow population from Ukrainian nationalists.

Chubarov said lawyers would launch an appeal with the Supreme Court of Russia “as the nation that occupied Crimea”.

“One can already forecast its decision – it will support the decision by Crimea’s illegal supreme court. Accordingly, our next step will be the European Court of Human Rights,” he added.

Chiygoz’s lawyer Nikolai Polozov told Reuters Television the sentence was unlawful, as Chiygoz was a citizen of Ukraine, where the criminal code did not contain such an offence. His team would seek Chiygoz’s extradition to Ukraine, he added.