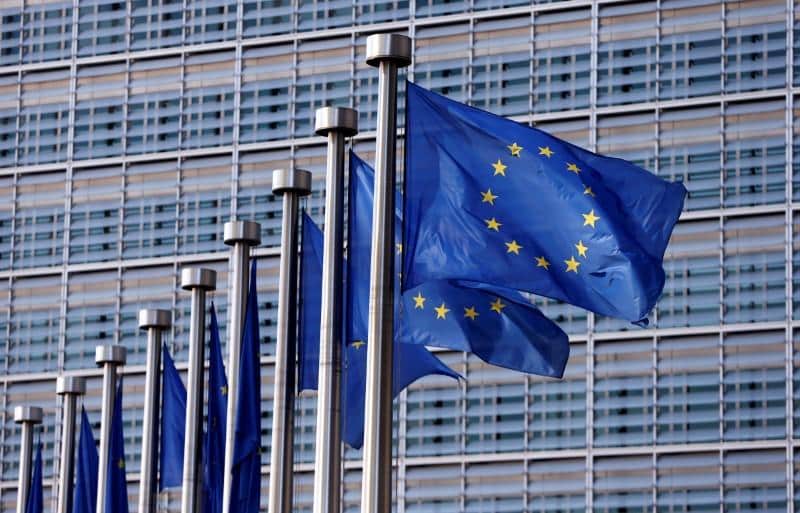 EU flags flutter outside the EU Commission headquarters in Brussels

European Union finance ministers will discuss this week a plan to attract more financial-technology companies, in a bid to bridge the gap with global competitors and offset the loss of Europe’s main fintech market after Britain leaves the bloc.

The EU fintech market is dwarfed by those in China and the United States. It is concentrated in Britain, which is set to quit the EU in 2019, leaving the bloc with a fraction of the small but flourishing industry.

In a meeting on Friday in Tallinn, the Estonian capital, EU finance ministers will discuss how to make the continent more attractive to fintech companies and encourage the cross-border expansion of existing companies, which so far are focussed on national markets, according to documents seen by Reuters.

China is the fintech leader, with a market worth $102 billion in 2015, according to a paper prepared by the Brussels-based think-tank Bruegel for the Tallinn meeting. The US market amounts to $36 billion. Both dwarf the EU market, which is worth $6 billion and is growing more slowly.

EU ministers will discuss rule changes and the best strategy to reverse this trend. Proportional and flexible regulations are recommended to favour start-ups and alternative businesses, the Estonian paper says.

The fintech industry is a small part of financial services, but it poses challenges to banks and other conventional actors in businesses ranging from lending and payments to financial advice and insurance.

Those businesses could be hit much harder if small fintech start-ups started to team up with data-rich digital companies like Amazon or Google, Bruegel warned – they may hold more information on borrowers and lenders than banks.

Amazon already has its own lending service for small businesses, which has provided $3 billion in loans since it opened in 2017.

EU regulators are pondering the right regulatory approach to fintech, pushed by the sector’s potential and also by the urgency to expand the continent’s industry after Brexit.

More than 80 percent of the EU fintech market is based in Britain and its businesses are growing faster, data cited in the Bruegel report show. Part of that business could move to the EU after Brexit, along with banks and fund managers.

The Estonian paper suggests developing coordinated regulation among EU countries “to prevent regulatory and supervisory arbitrage” in the fintech sector. The same approach should favour the expansion of fintech firms across national borders, it said.

Although fintech companies still mostly serve domestic customers, it is likely to grow beyond local markets, the Estonian paper said, and “divergence in regulation and supervision could hinder the development of a well-functioning single market”.