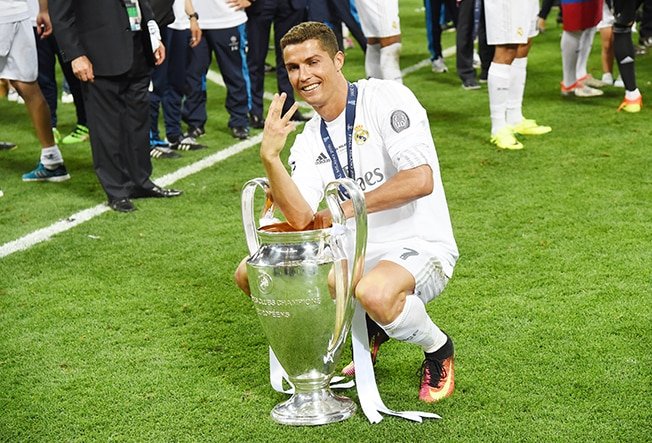 Cristiano Ronaldo is eager to return to action as he prepares for his first start of the season when Real Madrid begin their Champions League defence on Wednesday against Apoel Nicosia, coach Zinedine Zidane said on Tuesday.

Ronaldo, who was the top goalscorer in Europe’s elite competition last season for the fifth consecutive year and scored twice in the 4-1 win over Juventus in the final, has been starved of football so far this season due to a long suspension.

The Portuguese was given a five-game ban for being sent off and pushing a referee in the first leg of the Spanish Super Cup against Barcelona in August, leading him to miss Real’s first three Liga games and next week’s trip to Real Sociedad, but is clear to face Cypriot champions Apoel.

“He’s in a very good mood and is very happy to play, because this is what he really loves, playing football, but he’s also right mentally and he’s happy to be on the pitch again,” Zidane told a news conference.

“We all know how good Cristiano is and I prefer him to be with us all the time. We can’t talk about Cristiano-dependence, I want everyone to be available all the time,” added the Frenchman.

“Cristiano doesn’t just contribute goals, he’s a leader, he always wants to win and he transmits that to everyone else. We’re all excited to have him back with us.”

As well as Ronaldo, Zidane is set to recall Luka Modric and Keylor Navas after resting them to his side’s cost against Levante, although Karim Benzema is out for at least a month with a hamstring injury.

Zidane was critical of his side after their display at the weekend, but said he and his players were relaxed despite drawing back-to-back league games for the first time in a year.

“The same thing happened last year so we’re not worried at all, the opposite,” said Zidane, who is the first coach to successfully defend the European Cup since 1990 and has won seven trophies since taking charge of Real in January 2016.

“We can’t be happy with the results, especially the last one, but we’re not going to change the way we work, just as we didn’t last year. You’re always going to have a few bad results in a season,” he said.

AEL move to top of the table after Karmiotissa win