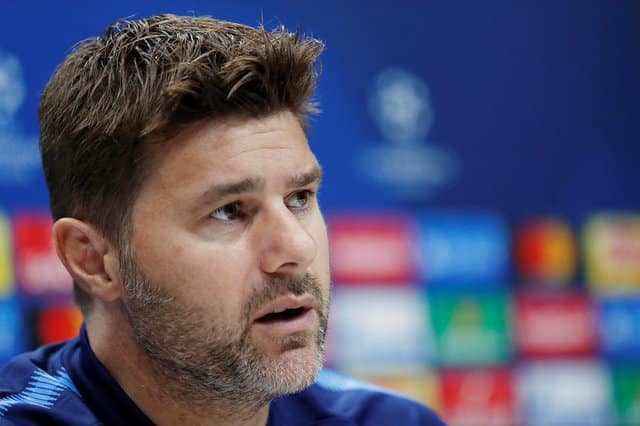 Manchester United’s Europa League triumph last season was the first time in four years that an English side had lifted a European trophy, after Chelsea won the same competition in 2013, having conquered the Champions League the previous year.

Real Madrid have dominated the Champions League in recent years, winning three of the last four competitions, with their Spanish rivals Barcelona and Germany’s Bayern Munich the only other winners since Chelsea’s triumph.

Pochettino said the recent lack of English success was the result of teams based in Europe focusing more on European competition than their Premier League counterparts.

“When you are here, the Premier League is the main competition for every player,” the Argentine told a news conference on Tuesday.

“When you are here the players want to fight to try to win it, maybe because we are not in (mainland) Europe.”

“In Italy, France and Spain the Champions League is the most important competition, but in English culture, it is the Premier League and then the FA Cup.”

Tottenham, who host Dortmund at Wembley on Wednesday, faced the German side in the Europa League two seasons ago and were beaten 5-1 on aggregate in the last 16.

Pochettino said that defeat had more to do with his team trying to win the Premier League title than any difference in quality between the sides.

“We were very focused on trying to win the Premier League and fighting with (eventual champions) Leicester. We were more focused on that,” he added.

Tottenham, who were also eliminated in the Champions League group stage last season, have been drawn in Group H, which also contains Real Madrid and APOEL Nicosia, and Pochettino said it was vital for his team to start with a win.

“The group will be very tough,” he said. “In theory it should be Real Madrid first and the others trying for second, but football is not about theory.

“I think tomorrow is so important, to start well in the competition and get the three points… it will be tough. Dortmund are a great team.”

Midfielder Dele Alli is serving a three-match European ban while left back Danny Rose, and midfielders Victor Wanyama and Erik Lamela are all out injured.

Turkey ‘will take own security measures after Russia defence deal’