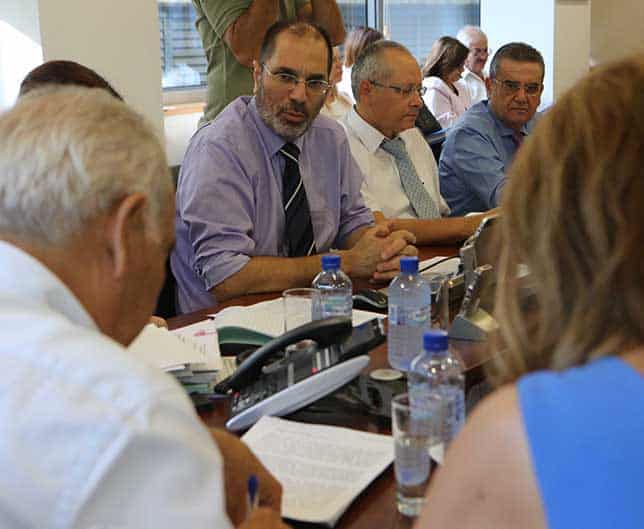 The market-share losing company acknowledged only a loss of €0.5m last year from investment activities but had to increase the amount to €44m, following an audit carried out by its external auditors and confirmed by the state Audit Office, Michaelides told lawmakers of the parliament’s audit committee on Thursday according to the Cyprus News Agency. The losses resulted also from “unwise” investments by Cyta’s pension fund in the past.

“Cyta has a very bad corporate culture,” Michaelides continued, adding that he has been repeating the same things for years.

He argued that this was proof of the corporation’s unwillingness to rectify things, even though “there are ways to fix them”.

“It is a bad example of managing public funds,” he said, referring to a €180m shortfall in the company’s Pension Fund, a bill which the taxpayer will ultimately have to foot.

The auditor-general, known for not mincing his words in matters of corruption, said that the telecom’s Greek subsidiary CytaHellas by failing to accomplish its targets accumulated financial obligations in excess of €194m with its working capital plunging to minus €63.7m.

According to a report prepared by the Audit Office in June, CytaHellas by generating last year a loss of €18.9m, further increased its accumulated losses to over €165.3m. Its net financial position stood at €15.4m last year.

Cyta, included with other state-owned companies in the government’s privatisation list which aimed at generating €1.4bn in revenue to reduce public debt in Cyprus’s bailout 2013 agreement, was let off the hook at the last minute when the populist Diko withdrew its support to sale of the company in early 2016.

The government subsequently embarked on finding a formula for a partial privatisation of the company that would maintain the state’s majority shareholding and allow a strategic investor to run the company.

The telecom’s market share in broad band connections has been constantly in decline in recent years and stood at 59 per cent in the last quarter of 2016 compared to 74.9 per cent in the first quarter of 2011, according to the telecom and post services regulator. This is the result of new subscribers opting mainly for private competitors such as MTN, Primetel and Cablenet whose market share in new subscribers last year was 32 per cent, 32 per cent and 27 per cent respectively, leaving Cyta a mere 8 per cent.

Cyta was forced to scrap plans for its cable television unit Cytavision to sign a €3.5m television rights contract with Apoel last month after the government vetoed the company’s intention. Finance minister Harris Georgiades described the amounts paid for football rights as a “bubble”.

The company was focusing its efforts to maintain its market share by attracting football fans to Cytavision over the past few years but this came at a considerable cost to the company. Cytavision’s accumulated deficit over 2011 to 2016 reached €14.6m, according to data compiled by the office of the auditor-general.

Cytavision’s revenue from subscribers doesn’t even cover expenditure to buy content for the cable television network, he said.

According to CNA, Cyta chairwoman, Rena Rouvitha Panou, credited by Michaelides with good intentions, told MPs that the company, following talks with foreign consultants who explored the possibility of selling CytaHellas, publicly invited investors to submit their interest. With respect to Cytavision, Rouvitha Panou said that Cyta is reconsidering the business model of its cable television unit and is re-evaluating the cost of content as well as Cytavision’s price policy.

“Transparency and proper corporate governance are a one-way road for a public corporation accountable to the society,” she was quoted as saying.

Of the 57 remarks included in the Audit Office’s 2015 report on Cyta, the company has already taken corrective action for 27, defined steps to address a further 16 based on timetables, and in the case of the rest, it has taken steps in accordance to the recommendations of the auditor-general, she said.

Independent Catalonia would need to apply to join EU – Juncker