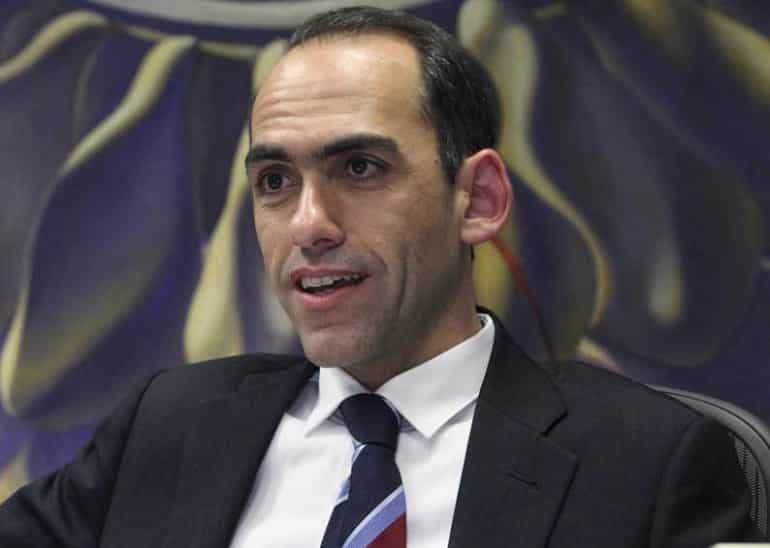 Cyprus has entered a period of real sustainable economic growth, Finance Minister Harris Georgiades said on Thursday in an interview with the Cyprus News Agency, stressing that despite the creation of fiscal space, fiscal discipline should continue.

After completing an economic adjustment programme funded by the EU and the IMF, Cyprus recorded two consecutive years of economic growth, with the finance ministry projecting GDP growth by 2020.

“I would like to stress that the strong growth we have today is not due to any false boost either by debt-driven expenditure or irrational credit expansion, which were the characteristics of the years before the crisis,” Georgiades said.

He stressed economic growth will become sustainable only if efforts to reform the economy continue.

Referring to the 2018 state budget, passed by the Cabinet on Wednesday, Georgiades said the fact it is balanced shows the improvement both in the economic situation as well as in public finances.

“There is improvement, there is fiscal space, but I would like to make it clear that under no circumstances will we return to a loose fiscal management,” he said, when asked if the period of less strict public expenditure control is over.

“The policies of deficits may suit only temporarily, and would allow a finance minister or a government to satisfy more easily requests and needs but this would be an irresponsible practice because in this way the bill would be pushed further, to the citizens and the taxpayer,” he added.

Asked if development spending provided for in the 2018 budget would have a positive impact on the economy, Georgiades said what’s important is to have expenditure that would be sustainable but also create prospects for the economy.

Georgiades fended off criticism that growth is based on temporary factors, noting that the two ingredients of the past which led to the protracted crisis are missing from the current growth cycle, debt-driven expenditure and irrational credit expansion.

“I believe that growth today is real, essentially driven by all productive sectors of the economy, the private sector which I consider the driver of growth, the horse that pulls the wagon of growth,” he said, vowing that the state will continue to support the private sector with tax breaks and public investments in infrastructure projects.

“The effort and the aim of consolidating the competitive advantage of an economy and its productive capacity is up to constant reform effort, modernisation which must not have an expiration date,” he said.

Asked whether Cyprus could generate more primary surplus and reduce its public debt through repaying domestic bonds, Georgiades recalled that Cyprus generated one of the highest surpluses in the euro area in the last two years, noting that he believes the maintaining a higher primary surplus “would not be productive and efficient for the economy.”

He recalled that the government did not raise any additional taxes but on the contrary it abolished the temporary contribution by salary earners in the public and the private sector introduced in 2011, it abolished the immovable property tax and introduced tax breaks to specific economic sectors.

“The will is there, a gradual capacity for tax reductions can be created provided we remain focused on prudent fiscal management. The government’s approach is towards this direction,” he said.

In expectation of a rating action by Standard and Poor’s, the minister was asked whether Cyprus bonds will exit the “junk” classification. Although this is up to the rating agencies, he said he believes that “the facts justify an upgrade.”

S&P’s was the first rating agency to downgrade Cyprus’ bonds to junk in January 2012, followed by Moody’s and Fitch. Cypriot long-term bonds are one notch below the investment-grade category in S&P’s rating scale. The rating is scheduled for September 15.

“Actually, the markets are ahead of the rating agencies because they have confidence in the Cypriot economy, which is in a position to borrow with lower yields than before (the crisis)” he added, noting that “we are interested in obtaining the next step but also in further upgrades.”

Cyprus will achieve this, he went on to say, “if we remain steadfast on this policy that has restored the economy with very satisfactory growth rates, that allows us to gain lost ground, the policy of fiscal consolidation but also the significant effort concerning the banking sector.”

Angelina Jolie will return to acting