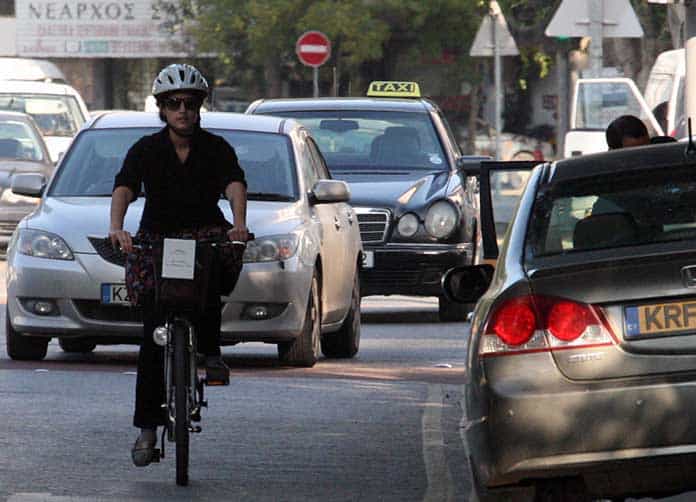 THE police have been forced to defend their road safety policies after a 13-year-old cyclist was killed by a motorist, the second such death in a week.

The force was accused on Thursday of seeing bicycles as a problem instead of educating drivers on how the two types of road users can coexist.

Damianos Pachy from Anayia was killed on Wednesday when he was hit by a car going in the same direction on the Pera Orinis to Arediou road.

The driver of the vehicle, 63, was later arrested while a breathalyser test showed he had not been drinking.

Pachy was riding around with three other friends. He had four other siblings. Reports said he had returned to Cyprus in May following treatment abroad for cancer, which he beat.

It was the second death of a cyclist in recent days. A 33-year-old man was killed last week after he was hit from behind by a 76-year-old driver who fled the scene. He was arrested later in the day and he claimed he had not seen the cyclist.

Chairman of the cycling federation Giorgos Apostolou said on Thursday that the state had been indifferent to their warnings.

He said they had repeatedly warned the authorities that the number of cyclists was rising but the state could not adapt.

Apostolou also said that police continued to focus on cyclists instead of educating motorists to pay more attention riders.

He charged that officers often saw cyclists as an additional problem.

Police spokesman Andreas Angelides denied that the force was not doing enough to educate people but conceded that more needed to be done in this respect.

“It is understood and recognised that a change in mentality and culture is needed,” he said, announcing a meeting next week to look into what more could be done.

He added, however, that it was “inconceivable and unfair” to accuse police of viewing cyclists as a problem.

Justice Minister Ionas Nicolaou said the problem was linked to behaviour on the road and that was not an issue police could tackle alone.

“We have conducted a survey into the behaviour of Cypriot drivers, which clearly highlighted the problem. They do not show the necessary respect to those on the road network with bicycles and motorbikes,” Nicolaou said.

The minister said the right messages must be given to make drivers understand that they must display the necessary respect.

“What the police can do as part of this effort is undertake its own campaign to convey its message through checks,” he said.