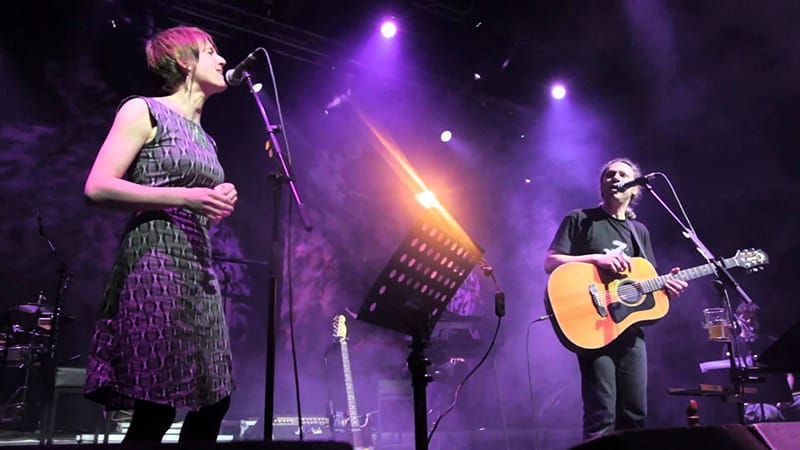 Musicians will come over to Paphos from far and wide next week to contribute to the European Capital of Culture Pafos2017 events.

Continuing on the theme of songs without borders, Cypriot songwriter and singer Vakia Stavrou – who is based in Paris – will perform in the spirit of connecting people from across cultures through musical experiences.

The performance, which will take place on Wednesday at 8.30pm at Tala Amphitheatre, will showcase Stavrou’s own compositions as well as other songs, with her unique voice and musicality.

Due to the singer’s travels around the world to perform at major theatres, she has picked up the rhythm of many languages and dialects, while also becoming familiar with the aesthetics of each area she has been to. She brings these travels and their influences to the stage. This ability she has to make a stage a small vehicle to transport us to different cultures and traditions makes her much loved among musicians and audiences around the world.

She has worked with orchestras and great musicians such as musician Carlos Bernardo, the great percussionist Inor Sotolongo and the Cypriot cellist Stelios Pittas.

For this performance, she has prepared songs combined with intense feelings and imagination in the hope that music and its ability to see things differently, will help the audience experience music without borders.

Moving on to Friday and the Paphos Castle Square at 8.30pm, Cypriot songwriter, composer and singer Alkinoos Ioannides will be joined by Scottish singer-songwriter Karine Polwart. The duo will perform under the theme of world travellers, another concept that works towards eliminating boundaries while music and artists travel to spread their melodies and come together to share and exchange their own experiences.

Lyricism, originality but also broader reflections on important issues of mankind, characterise the musical journeys of these two artists. Together Ioannides and Polwart will create a musical bridging of sounds. Both artists have explored their musical traditions and have made it part of their legacies to pass them on to future generations and also introduce the music of their home countries to those of other cultures.

Ioannides is well-known for his performances of traditional Cypriot songs, for writing lyrics that comment on Cypriot society and for using music to speak about certain circumstances and situations. His latest album entitled Mikri Valitsa (Small Suitcase) is dedicated to people who are forced to leave their homeland and those who feel their homeland has deserted them. Drawing on inspiration and wanting to write about the situation in Cyprus and the current situation in Syria, Ioannides sings about the hardships refugees face.

Polwart writes and performs music with a strong folk feel. She touches on a number of issues, including alcoholism and genocide. She won three awards at the BBC Folk Awards in 2005.

The two artists will be joined on stage by The Cyprus Youth Orchestra.

The final musical act of the week will be from The Khoury Ensemble at the Medieval Manor House on Saturday. The three musicians and brothers are famous for composing and performing original works of contemporary music of the East, while also adding elements from other cultures.

The Khoury Ensemble combine the oud, flute, qanun and violin with flamenco, Celtic, Indian and jazz, gaining admirers among performers and composers all over Europe and the Middle East.