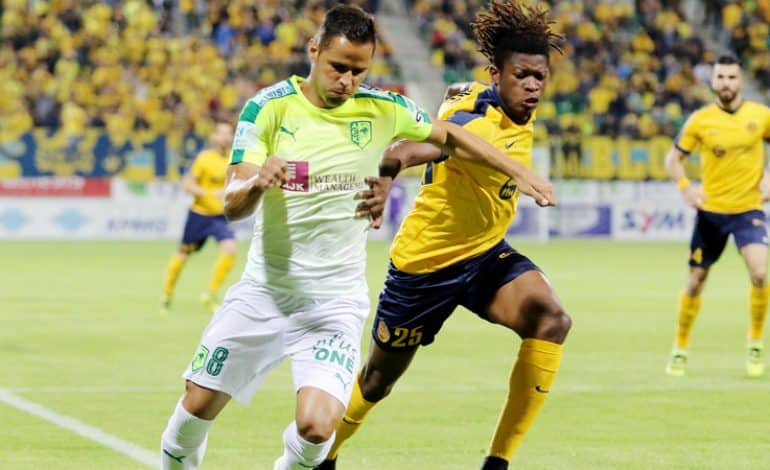 The most interesting fixture of round 4 of the championship will take place at the Arena stadium in Larnaca where second placed AEK takes on third placed AEL with just goal difference separating the two sides.

Both teams won their first two games without conceding and whatever the result on Saturday one of the two teams will be at the top of the table, at least until Monday evening, when current leaders Anorthosis are scheduled to play.

AEK coach Imanol Idiakez said that despite playing against a quality side he believes that his team is more than capable of continuing its perfect start to the season.

“We are aware of the difficulties we shall face against such a quality side but I believe in my team and with the help of our fans I am confident we can take the three points,” he said.

AEK will be without their most potent striker in Frenchman Florian Taulemesse who will be sidelined for a couple of weeks through injury with Nestoras Mitides his likely replacement.

For his part, AEL’s coach Bruno Baltazar appeared just as confident in his pre-game press briefing.

‘AEK are a great side’ he said, ‘but we know their strengths and weaknesses and its these weaknesses we will be looking to take advantage and win the three points’ Baltazar pointed out.

After a near 8-month injury absence Dossa Junior, AEL’s influential captain, will most certainly start his second successive game.

Omonia, buoyed by their win in the opening game of the season against Ethnikos Achnas travel to Paphos to face Pafos FC who are considered by many as one of the favourites to go down.

The last time the Nicosia team visited Pafos was in 2016 when they suffered a humiliating 1-0 defeat. That team bears no resemblance to the team assembled by coach Pambos Christodoulou this season, with goalkeeper Constantinos Panayi the only survivor.

Christodoulou is unlikely to make many changes to his starting eleven with the possible exception of Kanu who impressed when he came on last week as a substitute causing mayhem to Ethnikos’ backline.

Pafos FC’s coach Lucas Elsner is well aware of the difficulties his team will face against Omonia but he challenged his players to rise to the occasion and ‘prove that they can compete against the top teams of the championship.’

Ethnikos Achnas, who almost snatched a point against Omonia last week are up against Olympiakos in what may prove to be a potential six-pointer while the same can be said about the Alki vs Aris.

The final weekend game is between Doxa Katokopias and Nea Salamina.

Round four will be completed on Monday with two fixtures, Apoel at home to Anorthosis in what is traditionally a highly charged and closely contested game and a home time for Apollon against Ermis Aradippou.

Monday: Apoel vs Anorthosis & Apollon vs Ermis (both at 7.00)

What a difference a year makes for Arsenal and Chelsea

KOA says capacity of new Limassol stadium yet to be decided