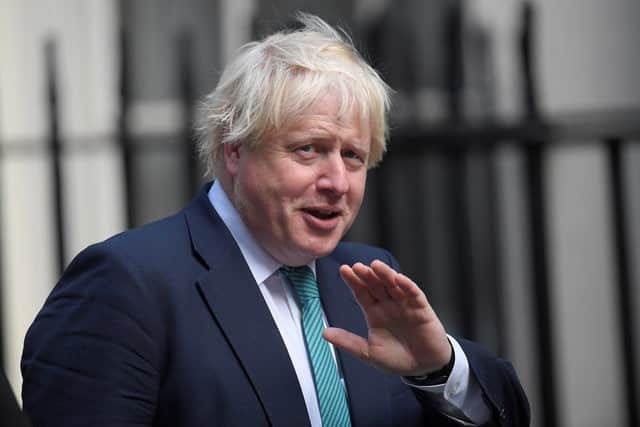 British Foreign Secretary Boris Johnson set out his plans for a “glorious” Brexit on Saturday that angered colleagues and reignited speculation he would challenge Prime Minister Theresa May for the leadership of the Conservative party.

With May due to set out her vision for Brexit in a speech in the Italian city of Florence on Friday, Johnson published a 4,300-word newspaper article that roamed well beyond his ministerial brief and, in some cases, went beyond the approach set out by the government.

Britain, he said, would not pay to access European markets in the future. Once out of the European Union, the country should borrow to invest in infrastructure, reform the tax code and set immigration levels as it sees fit.

A prominent Brexit campaigner in last year’s referendum, Johnson also repeated the controversial claim that the government would be 350 million pounds ($476 million) better off per week once outside the EU.

“My friends, I must report that there are at least some people who are woefully underestimating this country,” Johnson wrote in the Daily Telegraph. “They think Brexit isn’t going to happen.

“I am here to tell you that this country will succeed in our new national enterprise, and will succeed mightily.

“We have a glorious future.”

With some colleagues angered by the timing – Johnson’s article was published a day after a bomb injured 30 people on a train – he later added on Twitter: “Looking forward to PM’s Florence Speech. All behind Theresa for a glorious Brexit”.

A favourite with grassroots members of the Conservative Party, Johnson had been expected to challenge for the leadership after May gambled away her parliamentary majority in a June election she did not need to call.

Instead, he publicly pledged his loyalty. But the Times newspaper reported earlier this week that Johnson believed he had since been sidelined as May prepares to compromise over a divorce bill with the EU to ease the negotiations.

“And yes – once we have settled our accounts, we will take back control of roughly 350 million pounds per week,” he said. “It would be a fine thing, as many of us have pointed out, if a lot of that money went on the NHS (health service).”

During the campaign, Johnson travelled around Britain on a bus emblazoned with a slogan suggesting that Britain was sending 350 million pounds a week to the EU – a figure rejected as inaccurate by experts – and that the money would be better spent on the NHS.

Saturday’s article also included Johnson’s belief that Britain needed to leave the EU because “so many young people with the 12 stars lipsticked on their face” were beginning to have split allegiances between Europe and their own country.

But a source within Downing Street said Johnson’s views were well known. “As you’ll see in the PM’s speech next week the government is united in our determination to make the most of the opportunities for a successful future outside the EU.”

Colleagues criticised the timing of the article, which came around two hours after May put Britain on the highest threat level of critical, meaning an attack may be imminent.

“On the day of a terror attack where Britons were maimed, just hours after the threat level is raised, our only thoughts should be on service,” said Ruth Davidson, the popular leader of the Conservatives in Scotland.

Will Tanner, a former adviser to May, said the timing was astonishing, self-serving and disloyal. “The real PM *just* raised threat level. Meanwhile guy who wants to replace her issues a prelude to resignation, to save face over 350 million pounds. Hmm.”

Lights and lots of action